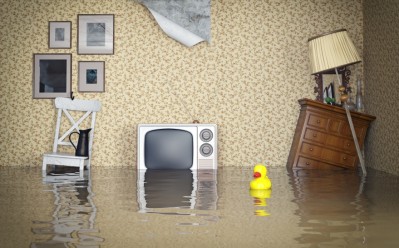 Late in the spring of 2013, Calgary and parts of southern Alberta were heavily flooded due to an extended period of heavy rainfall in the mountains combined with melting snow, which lead to huge accumulations of water. A total of 32 states of emergency were declared, over 100,000 people displaced, and approximately $6 billion in property damages accrued.

At the time, no flood insurance was available in Canada, and homeowners relied on their home insurance coverage to repair damages. That has recently changed. Aviva Canada, one of the companies represented by Lane’s Insurance, is now offering flood insurance to Alberta homeowners and renters.

Why Wasn’t It Previously Available?

In the aftermath of the 2013 floods, a large chorus of Alberta homeowners asked a deceptively simple question: why isn’t flood insurance available? The answer lies in the way insurance companies mitigate risks and finance payouts.

Insurance providers spread the inherent risks they face across the entire breadth of their policyholder portfolio. In other words, the premiums collected from an insurer’s customers are used to pay out the claims submitted by a small minority of its policyholders.

However, only a very small percentage of Canadian homeowners are at risk for flooding. Thus, there aren’t that many people looking to buy flood insurance, meaning that insurers would have had to charge exorbitant premiums to finance possible payouts. This created a situation that made flood insurance not feasible for homeowners and insurance companies alike.

Aviva Canada decided to start offering flood insurance because of the growing number of weather-related property damage claims across Canada. While experts aren’t exactly sure why, the fact is that extreme weather events are on the rise across the country, and Aviva Canada decided it was time to move beyond conventional restrictions and start offering the specific protections Canadian homeowners were asking for.

Consider the facts: Canada now experiences an average of 20 more rainy days per year than it did in 1950. This, in turn, has triggered a 12 percent rise in annual rainfall levels — trends that combine to make flood insurance an increasingly urgent necessity.

The 2013 Alberta floods were an eye-opener, not just for homeowners, but also for the Canadian insurance industry as a whole. Cited as the costliest natural disaster in Canadian history, the floods had a profound effect on prevailing insurance practices and led directly to Aviva Canada’s implementation of specific protections against overland flooding.

Aviva Canada began offering flood insurance to homeowners in Alberta in Ontario in May, 2015, and this specialized type of coverage is expected to be available nationwide by the end of the calendar year. To take advantage, contact your broker and ask to add “overland water protection” to your homeowners’ policy.

Remember: standard homeowners’ insurance policies do not cover flooding. The only way to protect yourself is to add it to your policy as a specific named peril. While Aviva Canada is the first insurer in the country to offer this type of coverage, other providers are expected to follow suit in the months ahead.

Regardless of whether or not you are considering flood insurance, homeowners should make sure they have sewer backup coverage included or added as a rider to their plan, which covers for water damage caused by backups in municipally operated sewage lines.

Because Aviva Canada is one of our partner companies, we at Lane’s Insurance are pleased to announce that our customers can now access affordable flood coverage. Lane’s Insurance is a leading Alberta-based brokerage, committed to providing outstanding customer service, advanced claims support and access to the widest possible range of insurance products. Because Lane’s Insurance is a brokerage, the company works for you, not the insurance companies. You always get great rates through Lane’s, since the brokerage structure means that insurers are bidding to win your business.

Lane’s Insurance also offers a comprehensive library of digital resources, ensuring you always have access to the information you need to make an informed choice about your insurance coverage. If you have any questions about home insurance, or if you want to learn more about Aviva Canada’s new flood coverage options, please don’t hesitate to contact us at Lane’s Insurance.