Social Media Can Help You Stop Crime in Your Neighbourhood 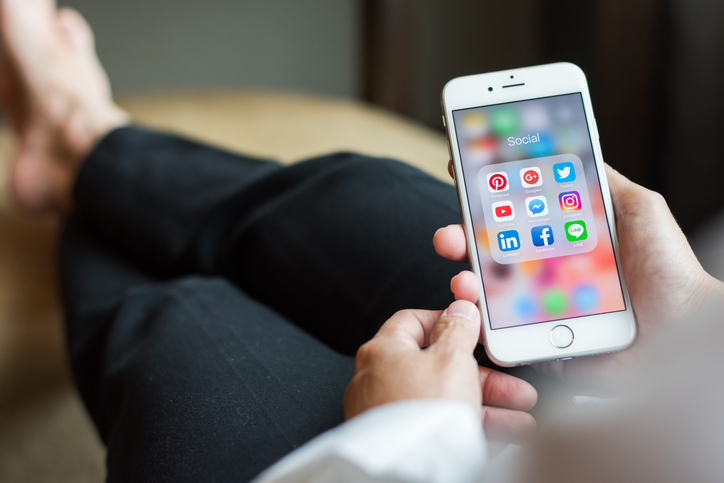 Calgary is leading the country for car thefts so far this year, which is a sad fact, but actually not that unusual. In 2018, this city was way ahead of the rest of Canada for the total number of stolen vehicles, with 6,183 being pinched during the calendar year. That boils down to about 17 vehicles being stolen each and every day. 2017 was no better, with about 111 vehicles being stolen each week, which also put Calgary in first place.

The number of stolen vehicles is concerning to police, of course, but police chief Mark Neufeld is also troubled about the manner in which they are being taken. Vehicle technology makes it much harder for thieves to just break in and go. Neufeld says they are seeing an increase in incidences of people being assaulted on the way to their cars and having their keys taken from them, and thieves are also breaking into houses to steal keys … sometimes with the residents there.

Calgarians are fighting back, though, with the use of technology. Several communities have started neighbourhood block watch groups that employ the power of social media to both help warn their neighbours of suspicious activity, as well as to post video taken from security devices to hopefully help police identify thieves.

When a couple in the community of Chapparal recently woke to find their truck and black garbage bin missing, they immediately turned to their local Facebook block watch group for help. They posted pictures of the missing F350, which were then shared over 300 times. The next morning, the truck was spotted just a few blocks away.

This isn’t the first instance of a Facebook group being used to help stop crime and stolen vehicles. As a matter of fact, Calgary Crime Stoppers has a large Facebook group, and they often share important notifications that have assisted police in locating and punishing criminals.

Facebook groups are good for community public action because they can be restricted and moderated, and it is easy to share photos and video. Here are a few tips for getting a robust social media group up and working to help curb the occurrence of stolen vehicles and other crimes in neighbourhoods.

The more conversation there is for a community group, the more successful the group will be. Encourage everyone to get involved, but make sure information-sharing with mutual respect is always the main goal.

The video that can be obtained from dashboard cameras and home security systems is invaluable in catching criminals, and their eventual successful prosecution. In all reality, eyewitness testimonies can be unreliable, however cameras are practically infallible.

If you park your vehicle on the street, a dashboard camera is a very good idea, and may even help earn you a discount on your auto insurance. They are a great deterrent against stolen vehicles, and are actually quite cost-effective these days. Many models come with motion detectors for when the vehicle is parked, which will automatically turn the camera on when it detects motion and can catch someone lurking or a hit and run on your parked car.

A good home security system can also help reduce your home insurance payments, and could be vital for both you and your neighbours in stopping crime. Cameras are common these days, and are very effective for keeping criminals away from your home. They are also so good that those placed in doorways can record as far away as the street – and even across the road – and several even come with sensitive microphones the hear entire conversations.

If you capture something suspicious on one of your cameras, sharing it with your Facebook groups will allow others to be on the watch for the same thing. Be sure to note the date, time, and location of the incident.

The experienced brokers at Lane’s Insurance excel at educating customers, answering questions and explaining coverage, so you know you have the best insurance for you and your family. As brokers, we work for you, not the insurance companies, and will always do our best to ensure you get the best possible coverage at the lowest possible rate.

“At Lane’s, our goal is quite simply to work with you, our client, to determine your needs and ensure that you and your assets are protected,” says president and owner of Lane’s Insurance Chad Mulen. “Specifically, we want to ensure that your financial plan incorporates the right insurance choices for your life today, and the life you’d like to live tomorrow.”

Contact us at our Calgary, Edmonton, Banff, and Alberta offices today.

Can I Claim Mold Damage on My Home Insurance?
January 3, 2020

How Insurance Brokers Can Get You Lower Car Insurance Rates
December 20, 2019

Holidays are For Fun and Family – Not an Insurance Claim
December 13, 2019
Search