Vehicle Crime is on the Rise in Calgary: How to Protect Your Belongings 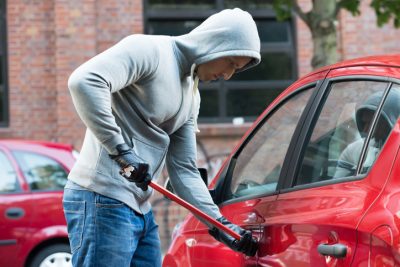 Difficult times in Calgary and Alberta, in combination with the opioid crisis, have made many people desperate. Crime is up in specific areas in the city, but most especially in the downtown.

The numbers are staggering. According to a Calgary Sun article published on Aug. 9, in the area surrounding the Sheldon Chumir Health Centre, police-generated service calls are up 452% in comparison with the three-year average for the same quarter of the year. The rest of the downtown has seen an increase of 35%. There is some good news, however, in that for areas outside of the city centre, the number of calls have gone down 9%.

In the “hot zone” of the Beltline near the Sheldon Chumir, calls from the public for police assistance have gone up 40%. Some condo buildings have made hundreds of calls to the police since the beginning of the year. There is also a 34% increase in public disorder calls. But what is having the most major immediate impact on residents is the increase in vehicle crime, including vehicle thefts and stolen plates, of 54%.

How to Avoid Having Your Car Broken Into

Vehicle crime is a crime of opportunity. In the Beltine, cars are being broken into on the street, in parking lots, and in parkades. Although it may not be possible to avoid entirely, there are steps you can take to avoid vehicle crime and the expense of having to replace valuable items.

It seems strange for someone to go through the trouble of stealing a license plate. What possible use could they get from them? Well, it turns out there are several reasons why a thief would target your plate, as reported by the Globe and Mail article “Why would anyone steal my license plate?”

Plates are stolen because:

One way to prevent license plate theft is to use security screws that are difficult to remove with a screwdriver. These are available online, from registry offices, and from auto parts stores.

Here’s a step-by-step breakdown of what you’ll need to do if your car is broken into or your plate is stolen:

For license plates, you will need to follow these ensuing steps:

Does Where I Live Affect My Car Insurance Rates?

Where you live does affect your car insurance rates, so unfortunately, those living in downtown Calgary will pay higher premiums than those who do not. However, if you can prove you park your car in secure parking this may help you reduce your rates. In addition, simply due to the high density of traffic downtown accidents are more likely, so this, too, can affect rates.

The best way to keep your car insurance rates low is to drive defensively, avoid accidents, and do your best to avoid vehicle crime at all times. Those with clean driving records and the absence of claims will always be afforded the lowest car insurance rates.

If you are curious about how what you are paying compares to other companies, contact us at Lane’s. Our experienced insurance brokers work for you, not the insurance companies, and are able to access the policies from several of Canada’s top providers to find the best coverage available for you.