Vehicle Recalls: What Are They and Why do They Happen? 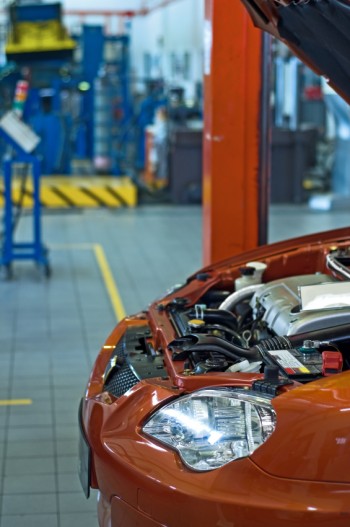 Vehicle recalls seem to be happening with increasing frequency in Canada, affecting many consumers and causing occasional confusion among the ranks of car owners. While most people have heard of vehicle recalls, a lot of drivers aren’t exactly sure what they are or why they happen, particularly if they’ve never been affected by one. However, if a recall notice is issued for a make and model of vehicle that you own, it’s imperative that you take immediate action.

Remember that recalls are not necessarily a bad thing. Many times they are for minor repairs, and often they always leave your vehicle in better shape than when you started.

What Is a Recall?

A vehicle recall occurs when an automaker, or the manufacturer of a component used in commercial or passenger vehicles, becomes aware of a specific defect affecting a large number of cars or trucks sold in a particular market. Such defects may interfere with the safe operation of the vehicle, inhibit its proper performance, or pose a safety risk to the driver and/or passengers.

When a recall is issued, owners of affected vehicles can return them to the automaker to be serviced. The defective parts or components will be replaced with upgraded, safe alternatives at no additional cost to the vehicle owner. It is the responsibility of the automaker to ensure that a viable solution is developed and implemented in affected cars or trucks.

Why Do Recalls Happen?

According to Canada’s Motor Vehicle Safety Act, automakers and automotive component manufacturers are required by law to issue recall orders as soon as they become aware of a systemic safety issue. In addition to safeguarding consumer safety and complying with the law, recalls also happen because:

The recall process begins when consumers report specific defects to auto manufacturers in a pattern that suggests an ongoing issue may be present. For example, multiple owners of a particular year, make and model may report that the electronic stability control system does not activate, or that the passenger airbags do not deploy. When such reports surface in large numbers, the manufacturer is then aware of a possible problem and legally obligated to issue a recall notice.

While recall notices are highly publicized in mass media, the most reliable place to find them is in Transport Canada’s Motor Vehicle Safety Recalls Database. You can also register with your vehicle’s manufacturer to be notified automatically if a recall order is issued for the type of car or truck you own.

The specific action you need to take will depend on the exact nature of the problem, but under most circumstances, you will simply need to take your car or truck to a licensed dealer. From there, it will be serviced and the defective components replaced with upgrades supplied by the manufacturer.

Under most circumstances, vehicle owners are not responsible for any of the costs generated by the recall process.

You can learn more about the vehicle recall process by consulting Transport Canada’s page on Defect Investigations and Recalls.

Over the years, there have been many high-profile vehicle recall orders. Some of the most memorable recent examples include:

Mitsubishi, Audi and Fiat Chrysler were also affected by vehicle recalls in 2015, with problems ranging from faulty wiring connectors and corrosion to seat stitching that hampered the deployment of airbags.

Vehicle recalls generally affect more recent makes and models, since systemic problems will typically appear within a few months of the car or truck’s initial release. If you’ve recently purchased a new car or truck, it’s a good idea to stay abreast of current developments.

What You Can Expect After an At-Fault Accident
January 24, 2020
Search