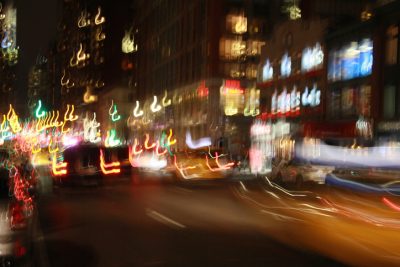 More than four years after cannabis was legalized in Canada, Alberta law enforcement officers now have a fast and easy way to check for drugs in drivers’ systems. In May, officers were provided the ability to use the Draeger DrugTest 5000, which is able to quickly detect a number of different illegal substances, including amphetamines, designer amphetamines, opiates, cocaine and metabolites, benzodiazepines and cannabinoids.

How the Draeger DrugTest 5000 works is rather simple, which is why it has been adopted not only in Canada, but also the U.K, Norway, Germany, Belgium, Australia, and in some U.S. states. The driver is asked to collect a saliva sample by moving a collector wand back and forth between their cheeks and gums until the device indicates the test is complete. The test cassette then goes into the analyzer, and drug detection results are provided within a few minutes. There is an extremely low detection limit for THC, which conforms with the limits currently set by the Alberta government.

Remember that police officers have the ability to ask any driver under any circumstances to provide a sample, regardless of whether or not they are showing signs of impairment and/or have committed any driving violations. The same is true for the breathalyzer test, which detects alcohol on people’s breath. In 2018, federal bill C-46 came into law, which allows law enforcement personnel to demand a sample from anyone they stop. This makes it far easier for police to test for impairment. As the penalties for driving impaired are severe, expensive, and life altering given the inability to drive, it is never, ever a good idea to get behind the wheel after consuming drugs or alcohol.

Criticisms of the Draeger DrugTest 5000

Although the Draegar DrugTest 5000 has become fairly widely adopted, there are still criticisms of its use, mainly coming from lawyers who question its validity. There are some concerns about how quickly the test can be administered after a person eats, drinks, or smokes, for example. Is someone eats, drinks, or smokes within 10 minutes of taking the test, the results can be compromised. That means that police officers must ask the right questions and drivers have to be truthful in their answers.

The Draegar DrugTest 5000 is also fairly sensitive. If the device is not kept completely upright in a controlled environment, results can be affected.

Penalties for taking cannabis and driving

Although the effects of cannabis are less visible, they still cause impairment. The Government of Alberta warns of a “reduced ability to divide attention, a reduced ability to allocate concentration and poor time and space management” after taking cannabis. Affects last for several hours, so driving at any time during the same day of taking cannabis is not advisable.

Levels of impairment for cannabis are measured by blood-to-drug concentration limits. More than two and less than five nanograms of THC per millilitre of blood is a summary charge that carries a maximum federal criminal penalty of up to a $1,000 fine. Five nanograms of THC per millilitre of blood and above is an indictable offence that, if convicted, can result in a minimum $1,000 fine for a first offense, a mandatory 30 days imprisonment for a second offense and mandatory 120 days in jail for a third offense.

All drivers suspected of being criminally impaired through taking cannabis and driving will face an immediate 90-day suspension of their licence and an instant three-day seizure of their vehicle. They will also be required to take part in a one-year ignition interlock program as well as mandatory remedial education.

Passengers in vehicles may not use cannabis, and any cannabis in the vehicle must be kept out of reach of all occupants and in a sealed package.

In addition to the Draeger DrugTest 5000, officers can also perform a Standardized Field Sobriety Test (SFST) at the roadside. The SFST consists of some questions, an eye exam, and some movement tests. If impairment has been indicated, the driver will taken to a police station to be evaluated by a Drug Recognition Expert (DRE). If it is determined by the DRE that the person’s ability to operate a vehicle has been impaired by a drug category, they may demand a urine or blood sample to be analyzed. The seized sample is then sent to the RCMP Forensic lab to be analyzed. No charges will be laid until the results of the analysis have been returned.

One of the best reasons to choose Lane’s Insurance for your auto insurance is that we offer some of the best insurance support in the industry. You can always count on the brokers at Lane’s to provide you with all the information you need about your coverage and to be there for you should you ever have to file a claim.