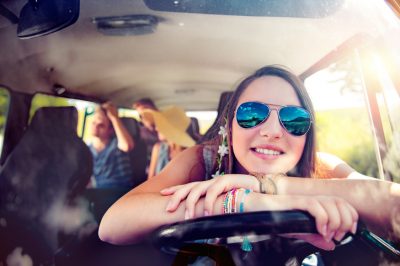 The pros and cons of graduated drivers licences (GDLs) became a topic of discussion in Alberta recently as a politician vowed to remove the two-step GDL fee if elected as leader of the current governing party. Travis Toews has said that he would replace the program with a one-step licence that will be available to anyone aged 16 and up.

This has led to talk about the effectiveness of the GDL program. Critics have pointed out that there are more than 500,000 drivers in Alberta who are choosing to stick with their Stage 2 licence rather than pay $150 for the advanced road test necessary to move on to a full Class 5 licence. Drivers would rather operate within the parameters of the Class 7 probationary licence rather than risk failing the test and having to pay the fee again.

Critics also say that the GDL program is stopping young people from getting jobs or working in their family businesses. According to Edmunds.com, in the U.S. the national rate of licenced 16-year-olds has dropped from 40.6% to 29.8%. In addition, younger people are still among the most dangerous drivers on the road, which leads some to say that the program has made much of a difference.

Why were graduated drivers licences implemented in Alberta?

A paper titled, “Graduated driver licensing: what works?” published by BMJ Journals points to the inordinately high rate of accidents among novice drivers as the main reason for the implementation of GDLs. For each mile they travel, 16-year-olds are two to three times more likely to have a crash as someone with just a few years experience behind the wheel, and 10 times more likely than experienced adults.

Data shows the introduction of GDLs in both Ontario and Quebec has resulted in a reduction in the crash rate of licenced drivers, at 16% and 5% fewer respectively. This success is attributed to the fact that novice drivers are required to learn under the instruction of an experienced driver. The longer learning time with supervision (one year is required in Alberta) has resulted in a notable drop in crashes in almost every jurisdiction in which the GDL program has been implemented. Some say, however, that this could be attributed to the simple fact that drivers in the GDL program tend to drive less, which also reduces the chance of an accident.

In addition, drivers in the GDL program face harsher penalties for infractions, which teaches novice drivers early on about the responsibilities associated with being behind the wheel. Restrictions on driving at night have also proven helpful. Driving in the dark is difficult enough without the added risk of others being impaired or fatigued on the roadway. Under Michigan’s midnight to 5 a.m. restriction there was a 53% reduction in night crashes.

Several jurisdictions, although not Alberta, have also implemented passenger restrictions limiting the amount of people in the vehicle. This has proven effective at reducing distractions. With high compliance rates, some experts have calculated as much as a 42% reduction in crashes when passengers are limited.

The article sums up that GDLs have proven an effective way to reduce the crash risk of novice drivers, however some more research is needed to fully understand the effectiveness of restrictions such as no driving at night and only one passenger.

The basics of the GDL system in Alberta

First introduced in Alberta in 2003, the GDL program provides novice drivers with a Class 7 licence. Drivers must then proceed through two stages in order to reach full Class 5 status: the Stage 1 Learners Licence and the Stage 2 Probationary Licence.

To obtain a Class 7 licence, drivers must be at least 14 years old and be able to pass both a vision test and a written knowledge test on the rules of the road. Parental consent is also required if the driver is under 18 years old. If successful, the driver then holds a Stage 1 Learners Licence.

Conditions of a Stage 1 Learners Licence

After all of these conditions have been met, drivers then have the option to try for their Stage 2 Probationary Licence. They must be at least 16 years old and pass a basic Alberta road test.

Conditions of a Stage 2 Probationary Licence

Many novice drivers are finding that the conditions of the Stage 2 licence work perfectly well for their purposes, and, as mentioned, want to avoid the cost of an advanced Alberta drivers test.

Alberta Transportation requires new drivers with a Class 7 Learners or a Class 5 GDL complete at least 15 hours of classroom and 10 hours of in-vehicle instruction. They must also pass knowledge and practical assessments to receive a Notice of Driver Education Course Completion form from an accredited driver training school.

The Notice of Driver Education Course Completion form can be used to access car insurance at a discounted rate.

Drivers who already have a Class 5 non-GDL licence must complete at least 15 hours of classroom and a minimum of six hours of in-vehicle training.

Looking for car insurance advice for your novice driver?

Lane’s Insurance is a leading Alberta-based insurance brokerage. If someone in your household is about to embark on the driving experience for the first time, give us a call to discuss your car insurance options. Once they start driving on their own with their Stage 2 Probationary Licence, you will want to feel comfortable in their (and your) coverage. Our experienced insurance brokers work hard to find you the very best coverage at the lowest possible rates and are always available to answer your questions. Call us at out Calgary, Banff, Edmonton, or greater Alberta offices.

What is trade credit insurance and why is it more important than ever?
September 23, 2022

Car insurance for a vehicle that is not being driven
September 9, 2022

Designating and insuring your historic property in Alberta
September 2, 2022