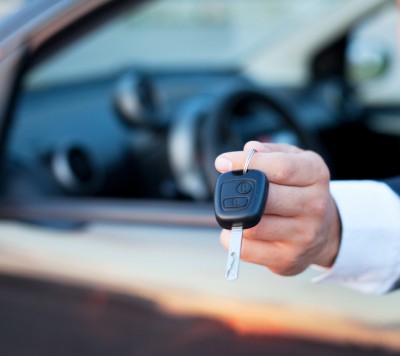 Last week we wrote about how Bill 41: Insurance (Enhancing Driver Affordability and Care) Amendment Act, 2020, soon to be passed in the Alberta legislature, will bring in changes to the minor injury regulation to include sprains, strains or whiplash-associated disorder injuries. That means that anyone who has suffered one of those injuries, plus other injuries named under the regulation, is placed under a cap for damages payable at about $5,000.

That aspect of the bill has been the most talked about, as well as its introduction of direct compensation for property damage. Insured parties now have the option to recover their losses for damage to their vehicle or personal property by an at-fault driver directly from their provider. This takes the third party out of the equation, speeding up the claims process, and is a sign that Alberta may soon be moving to a completely no-fault insurance system as recommended by a government committee currently in place. The committee will be presenting their final findings by the middle of next year.

There was one part of Bill 41 that slipped a little under the radar, however, and that is the expansion of usage-based insurance. This CBC article says that it will now be easier than ever for insurance companies to gather data regarding drivers’ habits behind the wheel from phone applications or a device placed within the vehicle if they choose to take part in the program.

Unbeknownst to many, usage-based insurance is already available in Alberta. Also known as “telematics,” Intact Insurance, one of our providers, rolled out its usage-based insurance program last summer. Called the My Driving Discount, drivers may eventually access as much as 25% in saving on their insurance premiums by demonstrating safe, defensive driving behaviours consistently.

How does Bill 41 expand usage-based insurance in Alberta?

The Government of Alberta says that Bill 41 increases fairness in the car insurance system by allowing people to tailor their policies to exactly fit their needs. Previously, monitoring through devices was the only way that usage-based insurance could be implemented. Now, usage-based insurance is allowed “however insurers wish to use it, so long as they can meet the regulatory requirements,” said Celyeste Power with the Insurance Bureau of Canada. She says this will allow for new technologies to support new ideas in the industry. Insurance companies say that Alberta will be groundbreakers in this field, setting an example for other provinces to do the same thing, and follows the example of the United States, where these practices have been in place for some time.

Bill 41 also provides an additional pay-per-kilometre insurance option that may be appealing to younger people who don’t drive often but face high premiums due to the risk level of their age group.

The aforementioned CBC article does contain some warnings about usage-based insurance, mainly around privacy. Privacy and Access Council of Canada President Sharon Polsky says that first some work must to be done to update the current access and privacy legislation, which is lacking according to today’s amplified needs. Polsky worries about the protection of the large amount of data that insurance companies will now have access to, and that will go beyond just driving habits. They will be able to essentially track your weekly schedule and whereabouts throughout every day, information that most people would like to remain private. Privacy breaches are very common in all companies, and most happen because of human fault or error. It could just be a mistake made by an employee because of fatigue, or not enough training in cybersecurity, or the person could be deliberately attempting to share private information with a third party … most often for profit.

Polsky also warns that it would be easy for insurance providers to make usage-base insurance “mandatory” by exorbitantly inflating premiums for those who do not want to take part.

Most people are cautious when it comes to the protecting their identity, but there’s nothing anyone can do when an outside party releases your private details. A stolen identity is a big deal, and it can be a costly and lengthy process to recover from. Cleaning up after an incident of identity theft can be extremely expensive, and often requires litigation. Identity theft insurance generally includes coverage for expenses incurred when recovering your identity (such as for retaining legal counsel), and for any financial loss you may have experienced. Some policies also include credit bureau monitoring to continuously watch for unapproved purchases.

Lane’s Insurance is here for you … not the insurance companies

As proud members of the Independent Insurance Brokers Association of Alberta, our job is to keep you informed about the constant changes in the industry to help you make the best choice for your car insurance coverage. We work with a number of the industry’s very best carriers to provide numerous options to meet our clients’ needs. If you have any questions about the upcoming changes to car insurance in Alberta, contact us at: