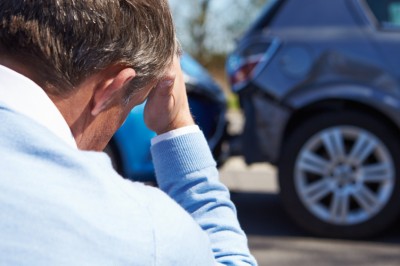 Alberta’s provincial government first tabled Bill 41: Insurance (Enhancing Driver Affordability and Care) Amendment Act, 2020 on Oct. 29, which has since passed second reading. It will almost certainly pass third reading, which means there will soon be some substantive changes coming to auto insurance in Alberta.

The average Albertan has seen their auto insurance rates rise approximately 22% since the beginning of 2019. The Insurance Bureau of Canada (IBC) ranks Alberta as having the third-highest auto insurance premiums in the country (after B.C. and Ontario), with an average annual premium of $1,316 per driver.  There are several reasons for this, including vehicles that are more expensive to repair, less insurance competition in the province, and the minor injury regulation, which critics say did not include the appropriate kinds of injuries, allowing claimants to sue for high amounts. In 2011, the average settlement for an injury that many other provinces would consider “minor” was $41,887. By 2019, that number had risen to $74,946.

Bill 41 primarily seeks to address issues with the minor injury regulation. It also alters the amount of allowed expert witnesses and introduces an additional option for car owners who don’t drive very often.

A Nov. 20 Canadian Underwriter article outlines Bill 41’s changes, most of which relate to the minor injury regulation, which caps damages payable at about $5,000. More types of injuries have been added to the list, with the definition of a minor injury expanded to include sprains, strains or whiplash-associated disorder injuries “caused by the accident that does not result in serious impairment,” says Celyeste Power, vice-president of IBC’s Western region in the Canadian Underwriter.

At the same time, Bill 41 increases the different types of treatments a person is able to access for minor injuries. Those who have a designated minor injury under the legislation will now be able to involve dentists, occupational therapists, and psychologists in their recovery.

Bill 41 also puts a limit on the number of experts accessible for motor vehicle accident claims. For claimed damages of $100,000 or less, each party may only bring in one expert witness. For claimed damages of $100,000 or more, parties may call in a maximum of three expert witnesses. If all parties consent, one or more additional experts can be called in, and joint experts can also be called.

A pay-per-kilometre option for those who do not drive very often will become available through insurance companies interested in participating under the legislation as well.

Completely no-fault insurance could be coming

The government says that Bill 41 will work to help reduce insurance costs and make the system fairer for all Albertans. It is, however, not the entire solution, says this CTV News article. There remains a committee in place specifically tasked with the overhaul of Alberta’s auto insurance system, which has recommended moving to a completely no-fault accident care and compensation model. The public will be allowed to provide feedback on the committee’s findings, and a decision will be made by mid-2021.

Bill 41 introduces direct compensation for property damage, which is one of the components of what many would consider no-fault insurance. Insured parties can recover their losses for damage to their vehicle or personal property by an at-fault driver directly from their provider. This takes the third party out of the equation. The insured party is then prohibited from initiating a claim against anyone other than their own insurance company.

Alberta’s finance minister says that no-fault insurance should save Alberta drivers an average of $120 a year. It is said to be less costly as insurance companies are only responsible for paying out the claims of their own clients. This also speeds up the claims process, as policy-holders can be reimbursed almost immediately.

Interestingly, Ontario operates with a mainly no-fault auto insurance system, while B.C.’s system is fully public. Representing both sides of the insurance scale, both cost more than Alberta. It remains to be seen if Alberta will be able to strike the right balance with Bill 41 and future changes expected next year.

There are some who warn against a no-fault insurance system. Litigation is essentially removed from the claims process for minor injuries.  In a CBC article titled, “Alberta survey biased toward no-fault auto insurance outcome, Calgary lawyer warns,” personal injury lawyer Fred Litwiniuk says that although there is a promise of lower insurance rates, they may come at a cost. No-fault insurance takes away a consumer’s right to sue for minor injury claims and puts compensation rates in the hands of the system, meaning those who have been in a vehicle accident and were injured are at risk of losing their rights.

Insurance brokers such as us at Lane’s are your ally in the insurance business. It’s our job to find you the best car insurance rates out there through our established relationships with the most respected providers in the business. You don’t have to wait for your auto insurance renewal time to shop around for different options. Give us a call at our Calgary, Banff, Edmonton, or greater Alberta offices to see what we can do for you.