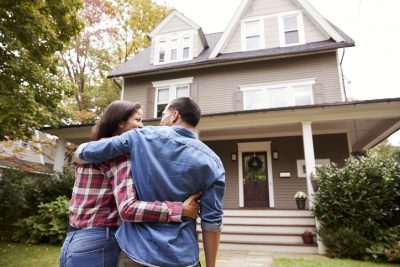 At this time last year, things were looking pretty dismal for the Calgary real estate market. When the city first entered full lockdown mode in April, house sales ground to a near halt. There were only 573 total sales of attached, detached, and apartment-style homes, down from 1,544 (or 63%) from 2019. On May 1, CTV News reported the average price of a home in Calgary (including all styles) had fallen to $422,655, down from $460,953. Although it was good news for buyers, homes just weren’t selling, spending an average of 55 days on the market. The uncertainty caused by the pandemic was most certainly a factor in the very slow first quarter of the Calgary real estate market.

Flash forward to 2021 and the news is much better. An April 2 CBC article reported March detached home statistics from the Calgary Real Estate Board (CREB) of 2,903 sales, a 147% increase from 1,174 a year prior. This increase is the largest jump since 2007, and some say can be at least partially attributed to lack of inventory. There were 5,416 homes for sale, which was down from 5,863 in 2019, and the fewest amount of properties available since 2014. Those looking for a home and also looking to take advantage of the low interest rates in Canada right now snapped up what they could. But as with everything in the Calgary real estate market, things could change … depending.

What are homes going for right now?

Since it’s become clear that people are still looking for homes, more have come on to the market. New listings for homes of all types was up 83% in March as sellers try to take advantage of an upswing in the market, which will likely have some effects, but it could take some time. Things are moving in Calgary’s real estate market so far this year, however, and prices remain relatively affordable, which is more than some other city-dwellers can say.

In other areas of Canada, sales are out of control

According to a March 19 article in the Calgary Herald, Calgary is in a sweet spot as compared to other real estate markets in the country. Using MLS (Multiple Listing Service) data posted recently, Royal LePage president Phil Soper said about Calgary and Alberta in general that, “The price increases are healthy and modest in the single digit percentages.”

In comparison with places in Ontario such as the Niagara Region and Durham, where price increases have gone up more than 30% over the past year, and in the Greater Toronto Area, where they have risen 15%, plus Metro Vancouver’s home prices rising by 12%, home buyers in Alberta are still doing better. As with every real estate investment, it’s hard to tell whether to should jump in and buy right now or bide time for the future, but the volatility in Alberta is not as extreme.

When will it end?

Interest rates are likely to remain low for a while, but that’s a good thing. Buyers will take their time getting into the market, keeping the real estate market stable and growing. Inevitably, however, prices will rise, which will cause first-time buyers to have to look at more affordable options than detached homes.

Most and least expensive homes in Calgary

The Daily Hive recently published Zoocasa’s most and least expensive real estate listings in Calgary, and the locations are, not surprisingly, all over the city. A somewhat modest-looking (on the outside) 4,400 sq. ft. two-level near the Foothills Hospital is priced at $1.75 million, and somewhat nearby, but closer to downtown, is a smaller 4,051 sq. ft. custom infill going for $2.5 million. At the top of the list is a $3.5 million property on an enormous lot in Mount Royal.

The most affordable (some may say “cheapest”) home listings in Calgary are equally as beautiful, and also equally spread out. For $435,000, a three-bedroom, practically new two-storey property is available in the community of Mahogany, and a beautifully redone classic ‘60s bungalow with five bedrooms nestled in Marlborough and near all major routes is going for $425,000. Also available is a nicely renovated three-bedroom house in Evergreen with a brand-new kitchen for $375,000.

If you signed up for home insurance some time ago – or even if you did it recently – and are unsure exactly what you’re covered for, give the experienced insurance brokers at Lane’s a call at our Calgary, Banff, Edmonton, or greater Alberta offices. We can perform a home insurance review with you to clarify any questions you may have.