Calgary’s Most Stolen Cars of 2015 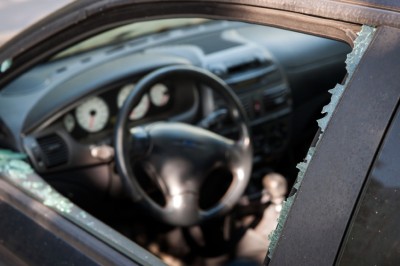 The slowdown in Alberta’s economy has led to an inevitable rise in crime rates, and residents of the province probably won’t be surprised to learn that vehicle theft rates increased in 2015. Since car insurance in Calgary is directly affected by crime rates, it pays to know which makes and models are favoured targets of thieves. This will be of major value if you’re thinking about buying a new car or truck. Vehicles with high theft rates tend to cost more to insure.

Alberta’s Most Stolen Vehicles of 2015

According to the Insurance Bureau of Canada, the annual financial burden caused by auto theft is estimated to be in the range of $1 billion. The agency also compiles annual lists of the country’s most frequently stolen vehicles. Avoid a rise in your car insurance rates. Here are 2015’s top ten targets, specific to the province of Alberta:

In Calgary specically, police report that 2015 saw a large spike in vehicle theft rates — an estimated 65 percent ahead of those seen in previous years. The city also saw organized vehicle theft rings taken down by law enforcement authorities in 2015, and even license plates were targeted more aggressively by criminals. One additional trend noted by Calgary police is that while cars made in 2007 or later tended to be stolen using keys, older vehicles were taken by any means available.

The Insurance Bureau of Canada also notes the major reasons why criminals target vehicles. Generally speaking, car thieves have one of four main objectives when they steal a car or truck:

How to Protect Your Vehicle

Taking anti-theft measures helps reduce your chances of being victimized by auto theft, but they have an added benefit. They can also lower your car insurance. Many insurance companies offer discounts to drivers who take proactive steps to protect their vehicles, and this is an excellent way to reduce your premiums while protecting the investment you’ve made in your car or truck.

Here is an overview of the most common and effective anti-theft strategies available to vehicle owners:

It also pays to follow these crime prevention tips to make your vehicle less attractive to thieves:

Finally, never leave an automatic garage door opener in a parked car. This is essentially inviting a thief to enter your home, should your car be stolen while you are away from it.

Questions about Coverage? Looking for a Quote?

Lane’s Insurance is a leading Alberta-based insurance brokerage, providing vehicle owners with a complete range of insurance products at highly competitive prices. Because our brokers work for you, not the insurance companies, you’re always guaranteed the lowest rates and the highest standards of service. Visit us online for a fast, free quote, and remember: Lane’s offers money-saving bundles to customers who combine their home and auto insurance policies together.