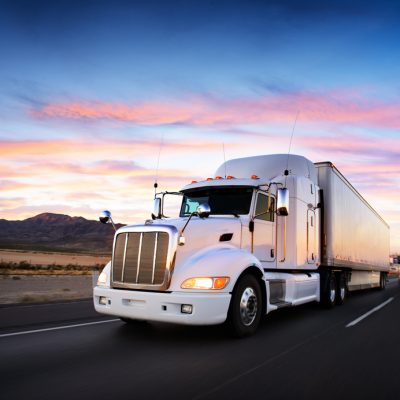 A CBC article from just Sept. 17 of this year reports that cargo theft is becoming more and more problematic for transport companies. The Insurance Bureau of Canada (IBC) has been compiling statistics on instances of cargo theft in Canada since 2014, when the IBC and the Canadian Trucking Alliance came together to create the National Cargo Theft Reporting Program (NCTR) where carriers and law enforcement can voluntarily log cargo thefts into a shared system. In 2019, $35 million in lost cargo was reported, which is a massive increase as compared to $2.1 million only five years earlier. Those numbers are not likely indicative of the entire problem, either.

Last year was not even the worst year yet for cargo theft losses as of yet. It took only six months in 2017 to reach $27 million in losses, with the year tallying more than $46 million

The most common type of cargo stolen are food and drink, which are easily re-sold and not as easily tracked. High-value items like cigarettes, alcohol, computers, and electronics are also popular. What has brought the most attention to the problem of cargo theft recently is two much-reported capers that recently happened within just days of each other. A fake trucking company supposedly based in Quebec called Transport Pascal Charland is responsible for the Aug. 30 theft of $230,000 worth of beef from an Alberta meat-packing plant, quickly followed by a Sept. 2 theft of seven hot tubs from a manufacturer close to Edmonton. It was a sophisticated plan where the phony company provided what appeared to be legitimate documentation and was able to fool plant and manufacturer employees.

All cargo-carrying businesses and enforcement agencies are encouraged to take part in the IBC’s cargo theft incident reporting system. The more cargo theft goes unreported, the more difficult it is for authorities to recover missing property and prosecute those who are responsible. Filling out the Cargo Theft Incident Form helps bring criminals to justice.

The Roots of Cargo Theft

Not just an Albertan (or a Canadian) problem cargo theft has become a huge challenge for companies around the world. Trucking is a major industry that is responsible for moving around 90% of consumer products within the country as well as 75% of the goods transported to the U.S.

Similar to the case of the stolen beef and hot tubs, cargo thieves often steal the identity of legitimate carriers to make what seems to be a legitimate pickup. Unfortunately, dishonest employees are usually the source of the kind of information thieves need to carry out their plans. It also helps if there are buyers in place, which leads to cargo theft becoming more and more indicative of organized crime. These groups take the proceeds from cargo theft to fund further criminal activities, from moving around stolen vehicles to the smuggling of drugs and guns.

No business owner wants to suffer the loss of theft of cargo. Because delivery was not made, payment can be deferred. Entire supply chains are disrupted, leaving clients without the goods that they ordered for sale, and then leaving customers looking at empty shelves. Normally, cargo is covered through the insurance of the carrier, but often carriers have been duped by a fake transport company. This can result in an insurance nightmare that can leave business owners out of pocket for moths, even years, not to mention that filing a business insurance claim also requires payment of the deductible.

Ways to protect your business from cargo theft include:

The IBC has provided this safety assessment for companies to highlight their potential risks and find ways to improve their safety.

Trust Lane’s for All of Your Business Insurance Needs

Life is full of surprises, and not all of them are good ones. You’ve worked hard to grow your business through difficult times, and you need to protect that investment with the right customized business insurance policy.