Creating Your Fire Safety Plan for Your Home 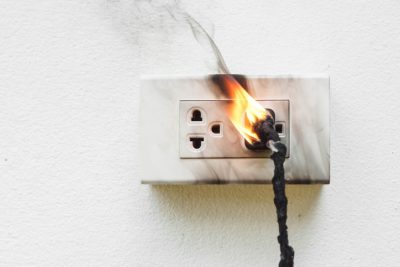 7A house fire is an extremely dangerous situation. They can spread incredibly quickly, wreaking havoc along the way, and often they are extremely difficult to put out.

According to a Statistics Canada report published in 2017 consisting of data compiled by the National Fire Information Database (NFID), from 2005 to 2014 there were 439,256 fire incidents and 1,733 fire-related deaths in the seven jurisdictions reporting to the NFID (of which Alberta is one). In 2014 there were 19,062 structural fires, of which 74% (or 14,297) were residential. Structural fires are the most fatal type of all fires, causing the majority of fire-related deaths. In 2014, 87% of reported fire deaths occurred as a result of structural fires. Vehicle fires accounted for 11% of reported deaths, while outdoor fires accounted for 4%.

Common Causes of Fires in Homes

Being aware of the potential causes of a fire in your home is your first way to combat against one. Fire safety is mainly preventative, and can greatly reduce your chances of having to file a home insurance claim.

The NFID report states that cooking equipment, smoking and open flames – such as candles – were the leading causes of fire in 2014. When it comes to cooking equipment, fires are most often started from splattering grease and overheating pots and pans. Leaving combustibles such as paper towels, dish towels, and oven mitts unattended near a heat source is another cause. Always be diligent when cooking and never leave the kitchen unattended.

Candles and cigarettes should also be closely watched when burning. Never smoke in bed and always make sure cigarettes are fully extinguished before discarding. It’s wise to douse butts with water before placing them in ashtrays, which, of course, should always be used and be large and deep. Throw the refuse from ashtrays into outdoor garbage bins that are located well away from buildings.

Keep matches and lighters away from children at all times. Candles should only be used under adult supervision and placed well away from anything flammable or combustible and on a stable surface away from drafts. Always use a proper candle holder with the appropriate size of candle.

Other common cause of fires in homes include:

Lightning is a Major Summer Peril

Summer storms are very common in Calgary, and lightning is a named peril in all Alberta home insurance policies, meaning that you will be covered for damage due to its occurrence. But to avoid damage in the first place, it is recommended that you install a high-end surge protector in your electrical box to stop the spread of the charge where it starts.

Fire safety experts say that functional smoke detectors cut your risk of injury or death in a home fire in half. You should place one smoke detector in each bedroom, the living or family room, on each level of your home, and in the stairwell. Always follow manufacturer guidelines for your particular unit, and test your smoke detectors at least once per month. If you have a battery-powered unit, replace the batteries at least once a year, and change out the detectors every ten years.

Having a fire extinguisher readily available is also advisable.

Residential fire safety should include having a fire escape plan including a map of the house detailing two escape routes for each room. Also determine a meeting place well outside the home, and ensure everyone knows how to get out and where to find each other. Practice fire drills often.

At Lane’s Insurance, we’re here to help you keep your Calgary home insurance rates as low as possible while still enjoying the vital protections you need for your peace of mind. We offer outstanding rates on home insurance, along with value-added service and money-saving insurance bundles. We are a customer oriented, matter-of-fact insurance brokerage that believes customer service is still important to people. Contact us at our Calgary, Edmonton, Banff and Alberta offices.