Drugs and Driving — Impaired is Impaired 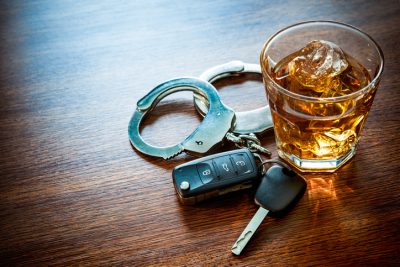 Everyone knows about the perils of drinking and driving, but drugs often get overlooked. Prescription and illicit drugs can both impair your ability to drive, and from a legal standpoint, you face the same criminal penalties if you’re caught driving under the influence of drugs as you would if you were over the legal blood-alcohol limit. As well as being dangerous, the consequences are severe, and will negatively impact your ability to drive and your car insurance coverage. In fact, you will lose both privileges when caught.

Drugs and Driving: Why Is It Dangerous?

Drugs work on the brain and body in various ways. Some slow down reaction times and impair judgment, while others are known to produce aggressive and reckless behaviour.

Studies have shown that marijuana seems to make drivers more prone to weaving in and out of lanes while reducing their attention spans and slowing down reaction times. Cocaine and amphetamines can both trigger increases in aggression, potentially resulting in speeding, tailgating, road rage and other dangerous actions.

The dangers of drugs and driving aren’t just limited to illegal substances. Prescription medications can also pose dangers. Like marijuana, opiate painkillers can slow down reaction times, as they have a depressant effect on the central nervous system, slowing down the rate at which the brain sends signals to the body. A class of sedatives known as benzodiazepines can be very dangerous, as they induce drowsiness and increase your chances of nodding off at the wheel.

While people of both genders and all age ranges are known to take drugs before driving, statistics show that young people and the elderly tend to do so at the highest rates. Statistically, younger drivers are the most likely to use illegal drugs before getting behind the wheel, while senior citizens have high rates of driving while impaired by prescription medications.

The key message is simple: taking drugs and driving is just as dangerous as drinking and driving. If you’re under the influence of illegal substances, or if you’re using prescription medications that cause drowsiness or reduced reaction times, don’t get behind the wheel. Distracted driving is also very dangerous, comes with a penalty, and should be avoided at all times.

Drinking and Driving Is Still a Major Problem

Locally, Calgary police report being “disappointed” by the number of impaired driving charges they had to lay this past holiday season. According to police officials, the number of charges and vehicle seizures far exceeded departmental expectations.

Beyond injuring or killing yourself or someone else, impaired driving comes with serious criminal penalties. If convicted, you will lose your license for several months at the least, which could stretch out into years. You will be requires to pay face stiff fines, and depending on the severity of your offence, even be sentenced to prison. If you’re going to be drinking alcohol, be sure to arrange a safe ride home in advance so you aren’t tempted to get behind the wheel while your judgment and reflexes are impaired.

Stay Within the Limit

While a blood-alcohol level of .08 is still considered the legal limit, Alberta and other Canadian provinces have recently introduced a new system under which breathalyzer readings in the “warning” range of .05 to .08 also carry sanctions.

Here’s how the penalties break down:

For further details on the new laws, please visit this Alberta government website.

Alcohol affects everyone differently, and the only way to be sure you aren’t breaking the law is to avoid getting behind the wheel if you’ve had anything at all to drink.

Lane’s Insurance is a leading Alberta-based brokerage, partnering with the province’s top carriers to provide customers with complete coverage at competitive rates, all with value-added service and excellent claims support.

If you have questions about car insurance, or if you’d like to obtain a quote, please contact Lane’s Insurance to learn more.