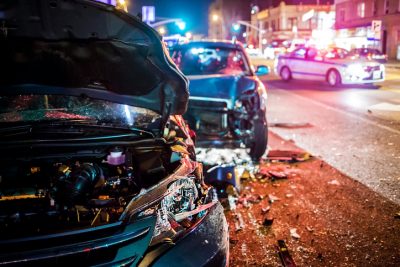 Driving in the summer seems simple – there’s no snow, ice, and freezing-cold weather to deal with at least – but statistics say that this season is the deadliest by far for drivers. According to the 2018 Alberta Traffic Collision Statistics, fatal accidents mostly occurred during the months of June, July, August and October of that year. That reliable trend occurs throughout Canada and around the world annually. The most common reasons for a casualty collision are following too closely, making a left-hand turn in front of traffic, and losing control and exiting the roadway (running off the road).

Why is driving in the summer so deadly for drivers?

Summertime is when drivers that are more inexperienced try to gain some additional skills before tackling snow and ice. Unfortunately, this also makes the roads more unsafe. Younger drivers tend to have higher accident rates than any other group. In 2018, casualty rates were highest for persons between the ages of 15 and 24, and male drivers between the ages of 18 and 19 had the highest rate of involvement in casualty accidents.

There’s more traffic in general in the summer too. No, it’s not your imagination, there are a lot more drivers on the road. Vacationers are heading out on day trips to Alberta sightseeing spots, or to their cabin, or taking their recreational vehicle for a trek across the country. But, there are also many more commercial drivers moving around food and goods in the summer, too, as they take advantage of the better road conditions. Transport drivers, in particular, are under pressure to meet deadlines and drivers may be tired, so always be cautious when around a large truck.

Drive defensively at all times:

Motorcyclists are among those fighting the additional summer traffic, and are the most vulnerable people on the road. They travel at the same speed as cars, but don’t have large exoskeletons of steel and glass to protect them. Be extra cautious and check your blind spots twice (or a few times), before changing lanes.

Watch out for road workers

Driving in the summer inevitably means that lots of road construction will make it tougher to get around. With more drivers on the road, construction work can lead to very long traffic jams and very impatient drivers.

Construction workers put their lives at risk trying to improve Alberta’s transport system. Alberta, like most other Canadian provinces, has introduced a system of increased fines to deter motorists from driving too quickly when construction workers are present. In Alberta, you could face a fine of up to $949 for speeding through a construction zone when workers are on the job. Visit 511.alberta.ca for up-to-date, province-wide information on road construction. In the Calgary area, you can also follow @yyctransport on Twitter or visit Calgary.ca/trafficinfo.

Keep the pedal off the metal

We can be extra-confident behind the wheel in the summer, when the roads are open and the skies are clear, but speeding greatly increases the chance of an accident. The Canada Safety Council says that speed is a factor in 12 per cent of all accidents, and 30 per cent of fatal accidents. In 2018, 82.7% of accidents were determined to be due to driver error, which is much more likely to happen when moving at a high rate of speed. The average time it takes for a driver to react to a sudden situation is 1.5 seconds, meaning reflexes simply aren’t fast enough to be able to react in time, especially at the high speeds we often travel. It takes longer to slow a car down when it’s going really fast, and vehicles will also travel much further before they stop.

Plan ahead to stay focused on the road

Bring your sunglasses to reduce glare and protect your eyes for the future. Don’t forget to apply sunscreen ― windshields do not block all UV rays. Pack plenty of water to stay hydrated. Finally, plan your route and schedule your music ahead of time so that you are not tempted to touch any devices while driving.

Get more from Lane’s Insurance

Lane’s Insurance is a leading Alberta-based brokerage, offering highly competitive rates on auto insurance and all other insurance needs. Because Lane’s is a brokerage, we can cross-compare several policies to allow you access to the best coverage at the lowest rates.