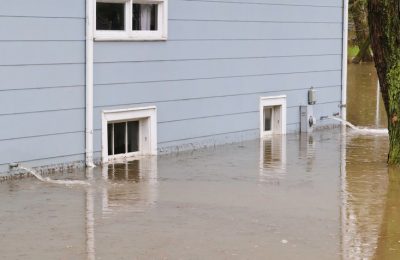 The recent devastating destruction in B.C has revived urgency in talks of the possible implementation of a national insurance plan in Canada, says Blacklock’s Reporter. This could vastly change the way that Canada prepares for flood emergencies and hopefully better prepare the country for the effects of climate change.

From Nov. 14 to 15, parts of southwest B.C. were hit by what is known as an atmospheric river, which is defined as high concentrations of water vapour contained in long, narrow streams that can deliver an enormous amount of rain in a short amount of time. The atmospheric river that hit B.C. ended up dumping a month’s worth of precipitation in less than two days. The Coquihalla Highway between Merritt and Hope has been so badly damaged it has literally split in half, with parts sunken deep into the ground and others heaved up much higher than usual. The city of Abbotsford was partially evacuated, displacing hundreds, and farmers have reported thousands of livestock lost and entire properties under water.

Flooding is one of the most obvious effects of climate change. B.C. also saw record-high temperatures last summer during the country’s historic heat wave, which left the land hard, dry, and arid. This doesn’t allow for moisture to sink in and encourages copious amounts of runoff, moving large amounts of water to areas that it isn’t meant to be.

The damage caused in B.C. is so extensive that it is even visible from space, and it is expected the total cost will top the Fort McMurray fire as the country’s most expensive natural disaster. Infrastructure will need to be rebuilt stronger and more resilient to extreme weather incidences. Unfortunately, weather experts are saying that there are more storms coming soon to B.C., including two more atmospheric rivers. The storms are not expected to be as severe as those of two weeks ago, but the possibility of more landslides is very real. People should continue to avoid the area if possible, but if travel is unavoidable, be sure to view the current road advisories. For information on immediate financial assistance for uninsured losses, go here.

The federal task force on a national insurance plan

In November 2020, the federal government created a Task Force on Flood Insurance and Relocation with the mandate of looking into the creation of a national insurance plan in Canada. Flooding is the most frequent and most costly natural disaster occurrence in the country, and its effects expose many vulnerable Canadians to the loss of their homes, their livelihoods, and even their lives. Every year, flooding causes over $1 billion in damage to homes, properties, and infrastructure such as roads and highways, directly affecting thousands of Canadians and indirectly affecting thousands more through delays in transportation and supply chains.

The Honourable Bill Blair, Minister of Public Safety and Emergency Preparedness, said upon the creation of the task force that, “Flooding in Canada has devastating effects for thousands of Canadians each year. Our government is making investments to reduce the impact of climate-related disasters to foster a more resilient Canada. This important Task Force will work with all levels of government and the insurance industry to make our communities safer and more resilient to impacts of flooding.

The idea is to become more proactive when it comes to climate change, which is of great concern to those in the insurance industry. The Task Force is working with interested parties, including those from the insurance industry and from First Nations, to create a report on how to manage, mitigate, and prepare for all sorts of hazardous events, with flooding primary on their list. Results of the study are expected in early 2022.

“More Canadians are exposed to flooding than to any other climate-related peril. Through this Task Force, insurers will work with governments across the country to ensure every Canadian has access to affordable flood insurance. This is a foundational step in an urgent national effort to better protect Canadians, adapt to our changing climate, and build more climate-resilient communities,” said Don Forgeron, President & CEO of the Insurance Bureau of Canada (IBC), when the Task Force was established.

How would a national insurance plan work?

Overland flood insurance first became available in 2015, two years after southern Alberta experienced its largest and worst flood ever — one that most Calgarians remember very well. Today most major providers offer this coverage as part of an enhanced (or extended) water damage endorsement, or as a stand-alone addition to home insurance coverage.

Official estimates say that about 80% of Canadian cities and towns have neighbourhoods that are built directly on flood plains. That disqualifies about 15 to 20% of Canadian homeowners from obtaining any kind of flood insurance. The cost of coverage would be far too onerous, and the majority of policy-holders would end up continuously subsidizing repairs and upgrades for the minority.

It remains to be seen exactly how Canada’s national insurance plan may be designed, however in April of this year the Canadian Underwriter published “Why IBAC foresees a national flood insurance program,” in which they describe how the IBC has proposed their solutions. In the IBC’s 2019 paper, Options for Managing the Flood Costs of Canada’s Highest-risk Residential Properties, three options were outlined:

Some fear that the expropriation of the most high-risk properties may be an unwritten fourth option, but the IBC has said that expropriating all of the most vulnerable properties is not possible, or a viable option. In 2019 testimony to the Commons, Craig Stewart, Vice-President, Federal Affairs for the IBC, said, “There are approximately one million homes or ten percent of all residences across the country at high risk. We cannot move a million homes,” according to Blacklock’s Reporter.

Got questions? We have answers

All Albertans should be aware of whether or not they live on a flood plain and the risk associated with their location. The Alberta Floods portal allows you to look up the flood likelihood of where you live, and whether you reside in a fringe, floodway or hazard area.

When it comes to your home insurance coverage, we at Lane’s are your allies in the insurance business. We are a leading Alberta-based brokerage, committed to providing outstanding customer service, advanced claims support, and access to the widest possible range of insurance products. We are locally owned and work for you, not for the insurance companies. Contact us at our Calgary, Banff, Edmonton and greater Alberta offices.

It will soon be much harder to fight your traffic ticket
January 14, 2022

Avoiding burst pipes and cold-weather damage to your home
January 7, 2022

Have a safe and happy holiday: Prevent an accident in your home
December 17, 2021

Distracted driving the cause of a quarter of car accidents in Alberta
December 10, 2021
Search