Home Insurance Calgary: Are Rates Set to Rise in Alberta? 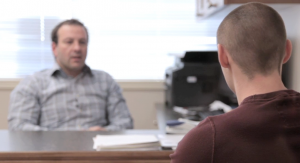 At the end of March of this year, Lane’s Insurance President Chad Mullen explained how weather trends of the past few years are likely to have an affect on home insurance rates. In light of the terrible flooding in Calgary and Alberta in June, it seems his warning is more important to heed than ever.

Storms are stronger and more severe than ever before, and the resulting destruction is immense. The summer of 2012 in Calgary and its surrounds included spectacular lightening, ferocious winds and devastating hail measuring up to six centimetres in diameter. Weather-related insurance claims from over fifty severe weather events in Alberta since November 2011 totalled nearly $500 million.

Wind and water damage accounted for 70 per cent of Alberta home insurance claims in 2012, and will almost certainly exceed that amount this year. The June floods have been confirmed to be the worst in southern Alberta’s history, and analysts have estimated damages could end up between $3-billion and $5-billion. Losses after insurance could reach $3.75-billion.

In order to be able to handle the increasing number of weather-related claims, it seems a home insurance rate rise is imminent in our province. Alberta home insurance companies have been paying out substantially more for claims than they collected in premiums for approximately five years now, and due to the sheer number of claims being processed, plus the amount of compensation being awarded, home insurance rates in Alberta will soon rise.

Want to Get Ahead of Rising Home Insurance Rates in Calgary and Alberta? Lane’s Insurance President Chad Mullen explains how.