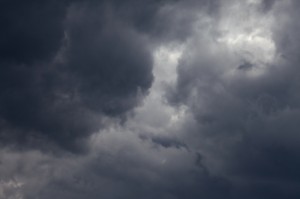 There’s an old saying in Calgary…if you don’t like the weather, wait five minutes. The adage ends there, but the implication is obvious. In five minutes it could be nicer out. But it could also be far worse.

Calgary and Alberta have always had severe climates, but we tend to shrug off the bad days and enjoy the good ones. It seems that lately, though, it’s been especially wild out there. And given that this province alone accounts for more than half of all the weather-related insurance claims in the entire country, our storms have a tendency to wreak havoc like nowhere else.

Weather-related occurrences like sewer backups and wind and water damage account for 70 per cent of Alberta home insurance claims. Due to the sheer number of claims being processed, plus the amount of compensation being awarded, Home Insurance in Alberta will soon rise.

Storms are getting stronger and more severe as a general rule around the globe, and the destruction can be extraordinary. The summer of 2012 in Calgary and its surrounds included spectacular lightening, ferocious winds and devastating hail measuring up to six centimeters in diameter. Weather-related insurance claims from over fifty severe weather events in Alberta since November 2011 total nearly $500 million. And weather also doesn’t just affect individuals. Entire economies can be shattered by climate. A particularly warm winter makes it hard to get to the oil sands, and slows down production. A dry summer is hard on agriculture, shortening the growing season and resulting in weak yields.

Why Will My Rates Rise?

Alberta home insurance companies have been paying out substantially more for claims than they collected in premiums for approximately five years now. When insurance underwriters calculate risk and determine the cost of Alberta Home Insurance policies, rates are calculated based on losses of a few, and then spread amongst many policy holders – regardless of whether or not you have filed a claim.

It’s not just weather that is the culprit behind rising Home Insurance costs. Common features in newer homes that increase risk of fire or accidents like laundry facilities on the top floor, numerous bathrooms and finished basements with expensive electronics also factor in.

Tips To Manage Your Costs

As insurance brokers, Lane’s has access to multiple lending companies to get you the best policy at a competitive premium. Chad Mullen, President of Lane’s, points out, “The peace of mind in knowing your home is covered has come at an increasing price, but the value you place on your home and assets is absolutely worth protecting.”