How Speeding Increases the Chances of a Serious Accident 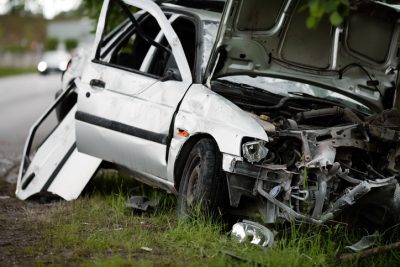 Speeding is a big problem. It’s dangerous, and costly – in more ways than one. Speeding is a very common cause of accidents, with the National Highway Traffic Safety Administration estimating that speed-related crashes cost the United States more than $40.4 billion per year. Speeding increases the chance of making an error, and mistakes were what caused 86.4 per cent of total the total collisions in the province in 2015, according to the Alberta Government. Reflexes simply aren’t fast enough to be able to react in time, especially at the high speeds we often travel. It takes longer to slow a car down when it’s going really fast, and vehicles will also travel much further before they stop. The average time it takes for a driver to react to a sudden situation is 1.5 seconds, which is not likely to be quick enough. The Canada Safety Council says that speed is a factor in 12 per cent of all accidents, and 30 per cent of fatal accidents.

Studies show that speeding doesn’t significantly increase your chance of getting somewhere faster, and is bad for fuel consumption. Driving green can reduce wear and tear on your car and also help it perform better.

Speed also increases the chance of an injury, and even death. The World Health Organization estimates that an increase in average speed of only 1 km/h results in a 3 per cent higher risk of an injury after a crash. The WHO also calculates that for those in a crash at 80 km/h the likelihood of death is 20 times that than if you were going 30 km/h.

Even if you manage to escape injury, damage to vehicles is also much more extensive when speeding, as there is far more energy transference during the collision. The more damage there is, the more likely you will have to report the accident and file an insurance claim.

Fines and Demerits Points for Speeding

Speeding tickets are alloted in four demerit point categories in Alberta. How far over the limits dictates the amount of the fine and the number of demerit points you will receive. Accruing demerit points on your licence will also almost certainly result in an increase to your car insurance rates.

What is Defensive Driving?

Insurance companies appreciate defensive driving, as this method of operating your vehicle dramatically reduces the chance of a serious accident. One of the best ways to learn how to be a defensive driver is to take a course at an accredited driving institution, and course completion can also result in a car insurance discount. Driving defensively means thoroughly assessing every situation on the road so as to anticipate and be prepared for dangerous situations on the road.

The following are all good defensive driving habits to practice:

Finding the right car insurance to protect your investment is more than worth the effort. The team at Lane’s Insurance has offices in Calgary, Edmonton, Banff and covers all of Alberta. We are here to represent you, not the insurance companies. We have the experience necessary to help you shop for the perfect policy for your vehicle from the best providers available.