Idling Vehicles are Bad For a Lot of Reasons 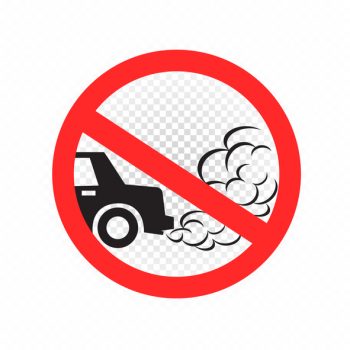 Us Canadians tend to fall into the habit of leaving our cars running while performing short errands such as quickly stopping at the drug store or for a quick coffee to go. In the winter we’re especially prone to idling our vehicles, as a lot of us are under the mistaken impression that it’s better for engines.

BusinessInsider.com’s article “Stop hurting your engine by idling the car when it’s cold out” explains why it’s actually worse for your vehicle – not better – to leave it idling. Idling not only wastes a lot of fuel (just 10 seconds of idling uses more fuel than restarting your car), but also “strips” oil from components such as cylinders and pistons.

When it’s cold outside, gasoline will not evaporate as quickly as it does in warmer temperatures. Vehicles are equipped with temperature gauges, however, and they know the difference. They will automatically compensate by adding more gas to the air and vaporized fuel mixture that runs engines. When you leave your vehicle to idle you’re actually adding excess fuel to the mixture, which can then settle on cylinder walls. Since gas is a solvent, it can wash oil away, which, over time, will have a negative effect on the lubrication of cylinders and pistons.

Of course, there’s no way to avoid idling when you’re stuck in traffic, although many of the newer vehicles on the road will shut themselves off when still. According to Autoweek.com, this start-and-stop technology is becoming more and more popular. The reasons are to help car buyers save on gas, to reduce greenhouse gas emissions, and to improve overall fuel economy. Advanced starters and improved self-lubrication offsets what might have been additional wear-and-tear on engines, which have been fully engineered to deal with the high number of times the ignition is engaged.

Avoiding idling can also help keep your vehicle from being stolen. During the bitter cold snap we had in October, Calgary Police Services reported seven stolen vehicles within less than 36 hours – all of which had been left unattended and running. Between November and December of 2017, more than 200 idling vehicles were stolen, and police tallied close to 700 additional idling vehicles that were left unlocked and running, perfect fodder for a thief.

How to “Warm Up” Your Vehicle

A freezing cold car is not comfortable, but the fastest way to warm it up is not through idling. It is, in fact, through driving. A moving vehicle will warm up its oil much faster than a stationary vehicle. Don’t floor it right away, though. It does take from five to 15 minutes for an engine to get to the ideal starting operating temperature of about 4 degrees Celsius, so keep your speed below about 60 kilometres an hour until then.

Idling and its Impact on the Environment

Several cities, including Toronto, Ottawa, Edmonton, and Vancouver, have placed limitations on idling vehicles. In Toronto you may not idle for more than a minute, in Ottawa a three-minute ban is in place for when temperatures are between 5 and 27 degrees Celsius, in Edmonton you may not idle near schools and hospitals when the temperature is above zero degrees Celsius, and in Vancouver there is a three-minute maximum rule for idling.

In Calgary, city by-laws state specifically point to trucks, restricting idling to less than 20 minutes when the truck is stationary or within 150 metres of a residential development.

Natural Resources Canada (NRC) reports that about 2.4 kilograms of carbon dioxide – the greenhouse gas most associated with climate change – are produced for every one litre of gasoline consumed. Although there is no avoiding engine emissions, reducing idling can make a big difference.

The NRC says that:

In fact, if Canadian motorists avoided idling for just three minutes every day of the year, CO2 emissions could be reduced by 1.4 million tonnes annually. This would be equal to saving 630 million litres of fuel and equivalent to taking 320,000 cars off of the road for the entire year. Eliminating unnecessary idling is one easy action that Canadians can take to reduce their GHG emissions that are contributing to climate change.

Drive Green to Save the Environment and Money

More ways to drive green and save wear and tear on your vehicle and wallet include:

The friendly, knowledgeable professionals at Lane’s Insurance are here to ensure you get excellent rates on vehicle insurance in Calgary, along with the outstanding service you deserve. Visit Lane’s today to get a fast, free vehicle insurance quote.