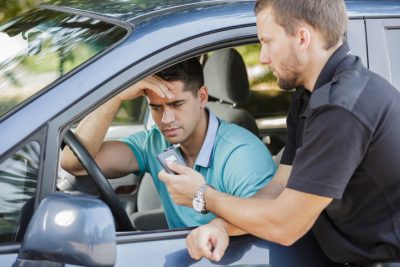 In addition to the new provincial drunk driving laws that came into effect in Alberta in April, all drivers should be aware of federal legislation coming in to effect on Dec. 18, when Bill C-46 will become law.

Currently, officers in Alberta must have reason to request a breathalyzer after lawfully stopping a driver at a Check Stop or for poor driving such as weaving in lanes, speeding (or driving too slowly), and ignoring signage and lights, or causing an accident. At that time they may make note of cues such as red eyes, driving with the window open in inclement weather, slurring of words, and, of course, the smell of alcohol. They will also ask if you have consumed any alcohol, which is a question to which they often receive a dishonest answer.

Starting Dec. 18, police will not be required to note any of these indicators or ask any questions before asking for a breath test, however they will still have to make a lawful stop. The legislation will simply make it easier for police to administer a breath test, allowing them to not have to rely solely on their own observations and judgment, which can be difficult to argue.

MADD Canada is extremely supportive of Bill C-46, and lobbied hard for its passing. They believe it will significantly decrease impaired driving and related accidents, injuries and deaths, saying that the mandatory alcohol screening measures will reduce impairment-related crash deaths and injuries by an estimated 20%. That will result in approximately 200 lives saved and more than 12,000 injuries prevented each year. Their article, “Why Mandatory Roadside Breath Screening?” states, “Forty-five years of research in numerous countries has established that (mandatory alcohol screening) dramatically reduces impaired driving and crash deaths. For example, personal injury crashes involving a drunk driver decreased 56% in Sweden following the introduction of (mandatory alcohol screening) in 1970.”

Penalties for Drunk Driving in Alberta

A fully-licensed driver who is caught operating a vehicle with an alcohol level of 0.05 to 0.08 is technically a non-criminally impaired driver. They cannot be charged under the Criminal Code of Canada, but are subject to immediate and severe penalties, which increase with repeat offences.

Criminally impaired drivers (those with a blood alcohol level of over 0.08) face the following penalties:

The legalization of cannabis in Canada has resulted in more clear laws around its consumption and driving. Find out what you need to know about cannabis and driving here.

Those with an impaired driving conviction are determined high-risk by car insurance companies. It doesn’t matter whether or not you were involved in an accident as the result of drinking and driving; a simple arrest or a single conviction will be enough for most insurance companies to drop you as a client. As insurance brokers, we are able to find high-risk car insurance for those who need it, however it will be costly. There is no avoiding this. If you’re struggling to find an insurance company that will cover you, contact a Lane’s Insurance representative.