New Vehicle Sales Are Down … What Does That Mean? 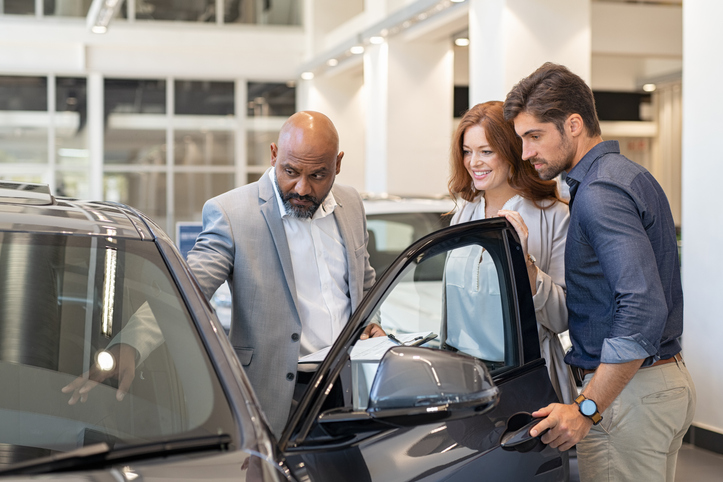 As Alberta continues to struggle through a recession, it should come as no surprise that new vehicle sales are down. Again. As reported by ATB Financial’s Economics and Research Team’s newsletter The Owl in March, vehicle sales are very good indicators of overall economic activity in the province. In good years, like 2013 and 2014, Albertans bought about 260,000 and 275,000 new cars, respectively. But since 2014, new vehicle sales have steadily declined. Last year Albertans only bought about 225,000 new cars fresh off the lot.

That’s a 6.1% reduction from 2018, or 14,522 units. January did look slightly better, though, and it’s hoped that the Bank of Canada’s lowering of the prime interest rate to 2.95% will help stimulate buying. But what does slow new vehicle sales mean, exactly, for consumers?

Why Did Vehicle Sales Go Down?

The truth is, there are a lot of people out of work, and many others struggling to get by on incomes that are simply not keeping up with inflation. And Albertans are not the only ones. Sales of new vehicles have gone down globally, says CNBC. In 2019, there were 3.1 million fewer sales, with the most marked decrease happening in China, where sales fell by 11%. They also fell by 2% in the U.S.

COVID-19 has also proven to be very bad for the car industry, according to Wired. In February, new vehicle sales fell by 80% in China, and in March all three major car manufacturers in Detroit shut down. Europe has been shutting factories down temporarily because of less demand and serious problems with the supply chain, in addition to helping keep the virus from spreading. It’s expected that car sales will fall by at least a 500,000 units in the U.S. this year.

If the pandemic lasts awhile, Forbes says car sales will likely to keep going down, potentially impacting the U.S. market by 1.5 million new vehicle sales. People are just not going out shopping and are putting off major purchases until the health risk has lessened and the economy has stabilized.

Interestingly, some are predicting that the low price of gas may impact the sales of electric vehicles, as well.

Will the Price of Vehicles Go Down?

As of the beginning of February, the average price of a new vehicle in Canada was about $40,000, and for a used vehicle it was slightly less than $19,000. In Alberta, vehicles are a bit pricier, with a new car going for an average of $47,000 and a used car going for about $22,500. Prices for new sedans and trucks have been slowly rising, while SUVs have seen a slight decrease in their cost.

That’s not to say prices couldn’t drop quite substantially. Brands said to be on the decline include Mazda, Nissan, Toyota, Honda, Ford, Kia, Chevrolet and Dodge. Those in the market for some new wheels, you may want to keep an eye on these particular names.

If you’re looking to buy a new car, many say that December is the best month to buy. Salespeople are scrambling to make their quotas for the year, and dealers are also looking to clear out inventory for the new models to come in. The months leading up to year-end (October and November) are also said to be good.

While new vehicle sales are going down, in 2019 used cars flew off of lots. In some cases, you can buy a three-year-old used vehicle for less than half what a new vehicle would be. Many of these are formerly leased vehicles that have been well taken care of. Since new vehicles are very expensive, buying used makes good financial sense for a lot of people.

It also makes more sense for dealerships. The profit margin for new vehicle sales is actually quite small. More used cars are sold and dealerships tend to make more money off of them. This is because dealers are usually able to source their vehicles cheaply, either from trade-ins or at auctions, and they are not obligated to reveal what they paid.

Cover Your Vehicle With the Very Best Insurance

No matter what kind of vehicle you buy, we’re here to make sure your purchase is covered. At Lane’s Insurance, we employ the very best insurance brokers in the business, who are all highly trained in finding the most affordable and comprehensive car insurance packages for every vehicle out there. We are able to shop and compare policies to ensure you get the best value for your premiums. Call us at our Calgary, Banff, Edmonton, or greater Alberta offices to see how much we can save for you.