Oh, Hail, No! Navigating Your Insurance After Mega Storm 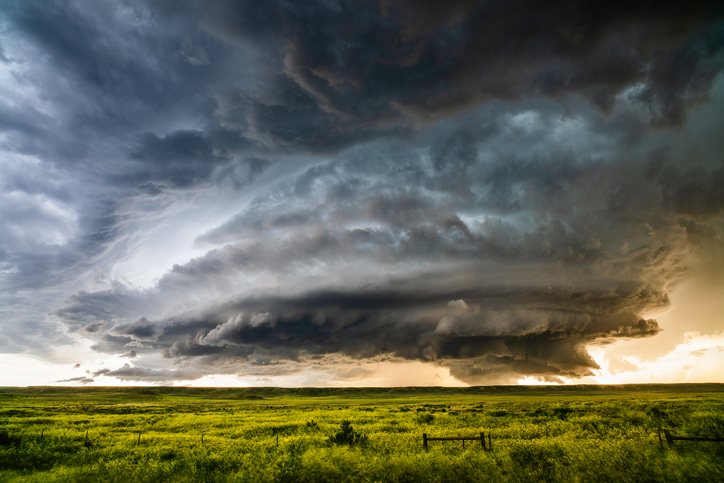 Calgary is the hailstorm capital of Canada, and we certainly proved that we’ve earned that moniker the evening of June 13. In the early evening, an intense storm hit the city, dumping half a month’s worth of rain on the city in less than an hour. Measurements of 48.7 millimetres of precipitation make up about 52% of an average monthly rainfall of 94 millimetres, which, not surprisingly, caused flash flooding around Calgary – stranding vehicles and their owners in sudden surprise lakes, one that even shut down Deerfoot Trail for several hours.

The moisture wasn’t even the most newsworthy event of the night, though. Residents in northeast Calgary watched in helpless shock as their homes and vehicles were pummeled by hail as large as tennis balls in some places. People watched in astonishment as their windshields were smashed out completely, cars dented beyond recognition, and siding literally stripped from the sides of houses.

In addition to all of that, three tornadoes were spotted south of Calgary at the same time the city was experiencing the storm. And later on in the evening there was yet another big thunderstorm featuring booming claps of thunder and spectacular lightning shows. It was a wild night for weather, and there will no doubt be hundreds of thousands of dollars in insurance claims made for hail damage to homes and vehicles, and months and months of clean up to happen. The total cost will more than likely top the record amount of hail damage claims made in 2012 after a ferocious August storm. It was so fast, and furious it left a trail of destruction resulting in about $700 million in insured damages, mostly to vehicles that were unable to get to shelter.

Events like hail, thunder and lightning are most common in landlocked areas like Calgary. A cold front is a strong indicator that a hail storm could be coming, as well as telltale grey clouds, thunder and lightning. Atmospheric conditions must be right, with clouds containing a high amount of moisture and at freezing temperatures.

Meteorologist were aware of a huge storm front coming in before Saturday evening, and cloud seeders attempted to stave off the worst of it. Cloud seeding is run through the Alberta Severe Weather Management Society’s (ASWMS) hail suppression program, and works by pilots flying up to the offending clouds to drop chemicals (namely silver iodide and smoke particles) to essentially “speed up” the storm, turning it from a severe weather incident into a simple rainfall. The ASWMS estimates their efforts are responsible for a 20% reduction in the severity of the province’s thunderstorms.

What to Do if You Got Hit

If you are one of the unlucky Calgarians who suffered hail damage last Saturday, the Insurance Bureau of Canada has released a document with helpful information for those who will need to file a claim. When it comes to homes and businesses, hail damage is usually covered, as well as damage caused by falling braches, flying debris, and water entering your premises. An important caveat to this, however, is that pre-existing damage is not covered. An example would be a roof that has not been kept in good repair. A professionally installed asphalt shingle roof should last from 15 to 20 years, but, as with everything, upkeep is essential. In situations where a roof has not been cared for, it’s possible that your insurance company will not award its full replacement cost, as most policies take into consideration the age and condition of your roof before considering reimbursement. In addition, as a general rule, if your roof is more than 10 years old, depreciation value will be factored in, meaning you will be unlikely to receive the full replacement amount.

The same sort of scenario would play out for siding.

For vehicles, hail damage is usually covered under comprehensive coverage. This is the most basic type of car insurance coverage, and are policies that the vast majority of Albertans have. The extent of the damage to your vehicle combined with its overall value is what will determine an insurance company’s response. If it will cost more to repair your vehicle than it is worth, it’s possible it could be deemed a write-off.

The City of Calgary has provided additional large garbage bins to areas of the northeast that were affected by the hailstorm. They are to be used for items like broken glass, shingles, and siding. Visit the City’s storm cleanup page for a list of bin locations as well as tips for cleaning up safely.

Lane’s Insurance is a leading Alberta insurance broker. Choosing a broker is a wise move for consumers looking to protect their interests when dealing with insurance providers. Brokers work for you, not the insurance companies, so they always look out for your best interests and they never recommend products that don’t fit your need just for the sake of making a sale.

We offer a complete range of policies and coverage options for just about every imaginable situation. You can count on Lane’s for great rates on auto, business, travel, life insurance and more.

Lane’s Insurance is pleased to serve homeowners and residents throughout Alberta. Contact us at: