Pedestrian Collisions a Problem in Calgary and Canada 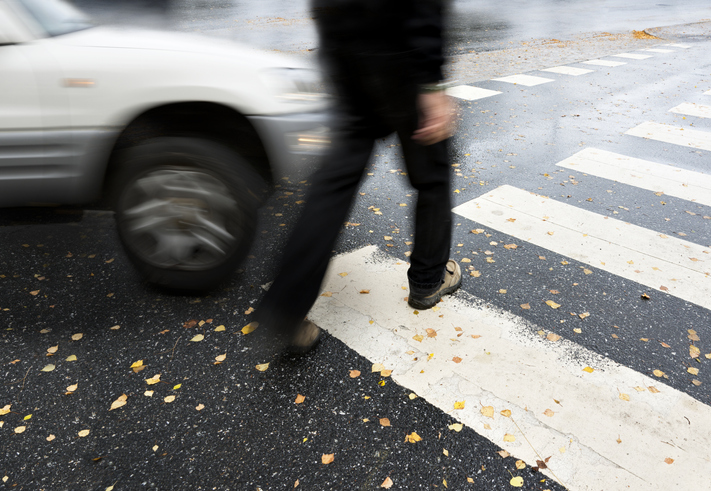 According to City of Calgary data provided to the Calgary Herald, and as reported in a May 2018 article, at least one person is hit by a vehicle each and every day in this city.

And those are only the reported incidents. There are likely dozens, if not hundreds, more. Additional statistics presented paint an even more ugly picture as well. From 2004 to 2014, there were 3,834 pedestrian collisions recorded in Calgary, which resulted in 3,317 injuries and 95 fatalities. Of the 3,317, 23 per cent of the victims sustained major, life-changing injuries. In 53 per cent of those accidents, the pedestrian was determined to have had the right of way. The driver had the right of way in only 21 per cent. Even more disturbing, drivers fled the scene of the accident 18 per cent of the time,

The World Health Organization says that pedestrians have a 90 per cent chance of surviving being hit by a vehicle going 30 km/h or less. There is a less than 50 per cent chance of survival when the vehicle is going 45 km/h or more. This is due to the number of impacts pedestrian sustains: the initial hit, then being bounced off the vehicle, then being thrown onto the pavement. Everything inside the body is knocked around, resulting in massive internal injuries. Because of this, many major municipalities – including Calgary – are considering lowering residential speed limits to 40 km/h. In addition, the City is working on a pedestrian strategy recommending investing in making communities more walkable and with the goal of reducing pedestrian collisions. The aim is to have fewer than four pedestrian deaths a year by 2025.

A City of Calgary Safer Mobility report states that the city’s pedestrian casualty rate is at about 31 per 100,000 people. This is lower than the national average of 52 deaths for 100,000 people, however it can definitely be said that 31 is way too many.

Pedestrian safety is becoming more top of mind in conversations between city planners, police and emergency responders as collision numbers do not seem to be falling. Efforts are underway to reduce pedestrian collision occurrences permanently

How to Avoid a Pedestrian Collision

Even if a pedestrian is not following the rules of the road, drivers should always remember that they are especially vulnerable when it comes to tangling with a 4,000-pound automobile. Drivers can do a lot to make the roads safer for pedestrians. Always be sure to follow these best practices:

Of course, keeping pedestrians safe – and keeping your car insurance in Calgary as low as possible – also requires that you avoid distracted driving. Never use handheld devices while driving for any reason, keep music to moderate levels, and always watch the road.

Lane’s Insurance is a full-service, Alberta-based brokerage offering the market’s most competitive rates on car insurance in Calgary and throughout Alberta. As part of our commitment to outstanding customer service, we offer an extensive library of online resources.

To see how much money Lane’s could help save you on your car insurance , contact us at our Calgary, Edmonton, Banff or greater Alberta offices.