Protecting Yourself From Wildfire Throughout the Summer Season 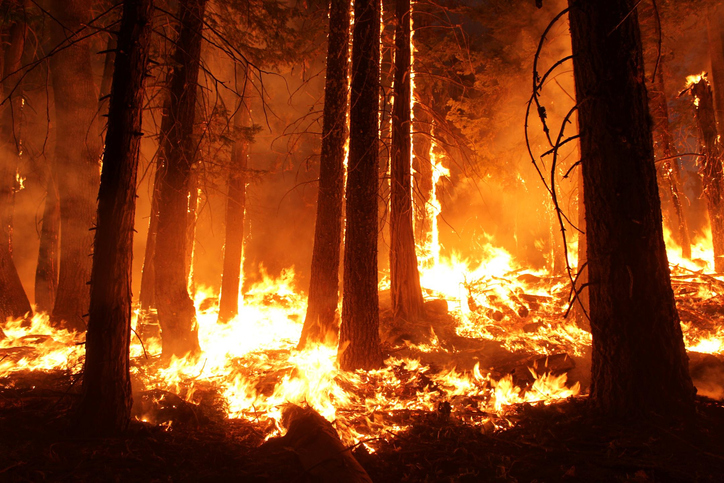 Due to the fact that we are a dry province, in combination with our flat, grassy prairie lands and gusty winds coming off the mountains, Alberta has the tendency to act like a tinderbox during the summer. In fact, although we have barely even touched on spring, there have already been two large grass fires – one in Sherwood Park and the other northeast of Edmonton. Of course, we all remember the horrible Fort McMurray wildfire of 2016, which remains the costliest disaster for insurers in Canadian history, with $3.58 billion worth of insurable damage. But the human impact was even greater, with 90,000 residents displaced, some of which have not returned, and 2,400 buildings destroyed, many of which will not be rebuilt.

The prevalence of wildfires, plus fire in general, in Alberta has led Global News to set up a permanent page on their website to keep the province’s people apprised throughout the year on the status of wildfires, bans and restrictions. There is also an Alberta Fire Ban app available for Android and Apple phones to help with wildfire protection. The Canadian Wildland Fire Information System also provides maps each day tracking wildfires across the country, and Alberta Wildfire is another useful resource.

According to the Canadian Red Cross, about 8,000 wildfires in Canada every year burn 2.5 million hectares of land, which is nearly half the size of Nova Scotia. Densely forested areas are at highest risk, which puts Alberta’s rural population and smaller communities at the highest level of peril. Over 60% of the Canadian population live in areas where wildfires can occur.

Unlike most natural disasters, wildfires are most often caused by people. In fact, four out of five wildfires can be attributed to the actions of humans, according to National Geographic. Lightning, campfires, and discarded cigarettes that were not extinguished properly are all common causes of wildfires. Even the hot sun can cause enough of a spark to get a fire going.

When not caused by people, wildfires in Alberta are often caused by lightning. A Global News article titled “Everything you need to know about thunderstorms in Alberta” states that, from most to least, the top four months for thunderstorms in the province are July, August, June, and then May. Anyone in Calgary knows that Stampede week almost always coincides with at least a few major thunderstorms. Calgary has the most days with lightning, with an average of 26, and Red Deer and Edmonton follow close behind at 23. However, even with less days, Edmonton receives about 50 per cent more strikes than Calgary.

Contrary to popular belief, lightning can happen without rain. These are called dry thunderstorms, and obviously are most likely to cause a fire as there is little to no moisture reaching the ground. These types of storms occur in interior western regions most often because of an atmosphere so hot and dry that rain evaporates before it hits the ground.

Wildfire Protection for Your Home

Extreme weather is on the rise, and because of that, so is the occurrence rate of wildfires. Wildfire protection can begin by ensuring the following mitigation measures have been undertaken:

What Should Be In My Home Emergency Kit?

Every home should be equipped with a home emergency kit just in case services are interrupted for an extended period of time. The Government of Canada recommends having the following items available in a waterproof container:

Additional items you may want to consider include changes of clothing, sleeping bags, toiletries, garbage bags, toilet paper, tools and tape. Check your emergency kit every six months to ensure nothing has expired.

Wildfire protection isn’t something we want to think about, but knowing you are prepared can give you the peace of mind you deserve. Insurance works the same way. Lane’s Insurance’s experienced brokers are here to help you keep your Calgary home insurance rates as low as possible while still enjoying the vital protections you need. We offer outstanding rates on home insurance, along with value-added services and money-saving insurance bundles.

Be sure to visit Lane’s Insurance online for a fast, free, no-obligation home insurance quote.