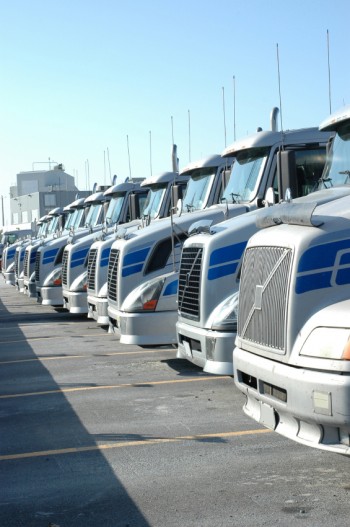 A number of drivers in the trucking industry in Canada have been steadily leaving their jobs, which has left a shortage of experienced operators. The reason is due to a combination of factors, says the Canadian Underwriter, including people reaching retirement age, border restrictions because of COVID-19, and an increase in demand for trucks to get goods to the market as consumers increase their buying habits again.

As a result, two startling trucking statistics have caused those in the insurance industry to take note:

The cause for the increased claims and driver violations has to do with lack of training, says Aaron Sutherland, vice president, Pacific region, at the Insurance Bureau of Canada. Commercial drivers do not receive the same kind of driver education in Alberta, which results in decreased skill levels.

In Alberta, the Mandatory Entry-Level Training (MELT) program provides 120 hours worth of training, but 80 of those are in the classroom. That only leaves 40 hours behind the wheel before drivers can obtain a Class 1 or Class 2 licence, which experts say is not enough. In Quebec, commercial drivers receive 800 hours of training before they are able to haul goods in Canada’s difficult driving conditions.

“We need to start looking at treating the trucking segment as more of an accredited, skilled apprenticeship program, similar to other skilled trades like carpentry or electrical,” Sutherland says.

What is a Class 1 or Class 2 licence?

A Class 1 licence allows drivers to operate a commercial truck and includes just about every type of vehicle except for a motorcycle. With a Class 1 licence drivers may legally get behind the wheel of semi-trailers, truck tractors, tractor trailers, taxis, ambulances, and buses, plus, of course, regular two-axle vehicles.

Class 2 licences are specifically targeted at those who wish to be a bus driver.

The Government of Alberta recommends that anyone looking to try for their Class 1 or Class 2 licence complete a medical assessment through a physician or a nurse practitioner to ensure they are physically able to participate in the MELT program.

Large truck crashes the most deadly

According to the Insurance Institute for Highway Safety (IIHS), a U.S-based non-profit that works to reduce deaths, injuries and property damage from motor-vehicle crashes, deaths from large truck crashes tend to occur among the occupants of passenger vehicles. As trucks often weigh up to 30 times more than a regular vehicle, they need from 20% to 40% more time and distance to stop. In addition to their size and weight, driver fatigue is often noted as a major risk. Trucking companies are working hard to ensure that their drivers are staying below the maximum amount of hours allowed to operate during the day, but there are still a lot of drivers who consistently push their limits.

In 2020, the IIHS reports that 4,014 people in the U.S. died because of a large truck crash. Of those, 68% were occupants of other vehicles and 16% were pedestrians, bicyclists or motorcyclists. The collection of fatal crash data began in 1975, with 2009 reporting the lowest-ever number of large truck crashes. 2020’s number was 28% higher than that of 2009. Large truck crashes mainly occurred on major roads (47%), 36% occurred on highways, and 15% occurred on minor roads.

You can trust Lane’s for all your insurance needs in Alberta. We are pleased to serve business owners throughout the province, providing our expertise on how to protect you, your business, and your employees. Your best insurance is an insurance broker.