Self-Driving Cars and Your Insurance: What to Expect 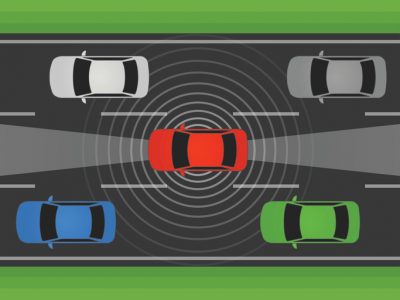 Even though most people have heard of driverless cars by now, many aren’t sure how they work, and even fewer have grappled with how they might affect car insurance in Alberta and beyond. While new technologies can seem strange at first, and even frightening, the key thing is to remember that the auto industry has a long history of innovation. Driverless cars won’t appear on real roads until they’re not only tested, but proven.

Over the past few years, automakers have rolled out a number of innovations that are changing both the way we drive and the way we think about car insurance in Alberta. Here’s a run-down of a few highlights:

SLAM is paired with another technology known as DATMO, which detects and tracks moving objects on and around the roadway, including other vehicles, bicycles, pedestrians, turning traffic, and more. Together, these two technologies combine to create a car that knows exactly where it needs to go, exactly how it’s going to get there, and can drive itself to your destination.

Technologies like anti-lock brakes, stability control, automatic vehicle parking, and similar advancements actually paved the way for driverless cars to become a viable possibility. Google has taken the lead when it comes to technological development, and shapes up to be a major player when driverless cars finally hit the road.

How Will Driverless Cars Affect Insurance?

Though many expect driverless cars to bring about a major downturn in the number of accidents, collisions will still happen. This begs a very interesting question: if nobody is driving, whose fault is the accident, and who pays for the damages? Right now, there is no clear answer. Several manufacturers have already gone on record, stating that they would accept full liability for damages in such situations.

To a great extent, the answer will depend on just how sharp the accident reduction rates turn out to be. Some are predicting that it will lead to major drops in insurance company revenues, with firms that specialize in vehicle insurance having their very existence threatened. Others believe this is an overreaction, as people will still need to protect their property from theft, vandalism and weather damage.

Of course, there will still be many who opt to drive on their own, and standard insurance policies will still apply to them. However, many experts believe that telematics will become a permanent fixture in the Canadian car insurance industry in the near future.

Driverless cars may be around the corner, but they’re not here just yet. Until they arrive, you’re still going to need the same car insurance you’ve always carried, and Lane’s Insurance is the ideal place to get it.

Lane’s is a brokerage, meaning that its representatives work for you, not for the insurance companies. You can always be confident that you’re getting advice that’s protecting your best interests, not the interests of the insurance providers.