Six millennia of risk assessment: A history of insurance 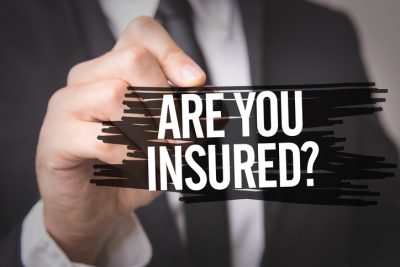 Every day, insurance is evolving in our world as insurance brokers, and we are often astounded at the change we’ve seen over just the past few years. Not long ago, there was no such thing as flood insurance. Car insurance can now be tied to telematics. And, more catastrophic extreme weather events have led to rising home and property insurance rates.

With such a large amount of change in such a short amount of time, we started thinking about the history of insurance. It’s a long, storied past rooted in investment and risk assessment plus protection from extreme financial hardship, and has become something we all recognize as an essential part of modern living.

It started with the transfer of goods

Some say the history of insurance began with what they called bottomry contracts, probably the earliest concept of coverage relatively similar to what we know now. As Brittanica.com describes, merchants of Babylon instigated bottomry as early as 4,000 B.C., which was essentially a loan to transfer goods. Bottomry was then adapted by the Hindus in 600 B.C. and Greece 200 years later. The practice granted loans to merchants to transfer goods. Should the goods be lost at sea, the loans did not have to be repaid. Although there were a lot of sunken ships, the interest on the loans tended to cover the overall risk of lending.

As maritime trading grew, eventually a form of maritime insurance developed, and Romans were particularly adept at the concept. They insured and funded a number of massive voyages, but also became high-interest lenders. “Instead of paying a fee to insure cargo, merchants took out loans. These loans had very high interest rates and carried special terms: If the borrower couldn’t pay back the loan, then the creditor was able to seize the ship; in addition, if the ship sank, then the borrower didn’t have to pay back the creditor,” says Flexpot.com.

Guilds were the first to instigate group coverage

Insurance would continue as more of a loan system, mostly run by profiteers, until the Middle Ages, says Investopedia.com. It would be craftspeople who began to use insurance for their own benefit. Craftspeople trained with guilds (often from early childhood, and with no pay), and eventually would become masters and begin making a wage. In the guild system, part of those earnings would go back into the guild, forming a fund that would cover costs if a master were to suffer misfortune. The history of insurance qualifies this as the very first basic idea of group coverage, and the idea of a job that could also provide emergency funds led a number of people to leave their rural lives to take up a trade.

Underwriting as a business begins

As more goods are being manufactured and moved from place to place and more people transfer into smaller spaces, the level of risk increases dramatically. As the history of insurance would say, in the late 1600s it was a group of merchants, ship owners, and other concerned parties gathered together in a coffeehouse in London to discuss what Investopedia.com calls an “unofficial stock exchange for the British Empire,” who formed the foundation of broader coverage.

One of those people was Edward Lloyd, of what would later be the legendary Lloyd’s of London, now the world’s leader in specialty insurance. Around a table near the Thames, the concept of underwriting was born, which is defined as “the process through which an individual or institution takes on financial risk for a fee.” Although still mainly directed at sea trade and trade in general, venture capitalists became interested in finding people wanting to move to the New World, or North America, as colonists, in exchange for a share of their findings. It turned out that the crop of most value would be tobacco.

It would take a massive loss such as the Great Fire of London to solidify the concepts of both underwriting and insurance. More than 13,000 buildings were destroyed, leaving thousands homeless for reasons completely out of their control. The anger that followed led underwriters to form the fundamentals of property insurance … starting with fire insurance.

Insurance companies began to grow and thrive in Europe, and eventually would make their way over the Atlantic to the New World. The first independent insurance practice in North America is said to have started around 1750, and was established with thousands of years of knowledge put into practice.

Insurance brokers such as us at Lane’s are your ally in the often-overwhelming world of insurance. We have relationships with a number of Canada’s best providers, meaning we can cross-compare policies and shop around for the best coverage for you. Our job is to work for you, not the insurance companies. If you have any questions about any of your policies, we are happy to help you decipher the fine print so you know exactly what you are covered for – and what you are not. Contact us at our Calgary, Banff, Edmonton, or greater Alberta offices to see what we can do for you.