Stop your friends from driving impaired 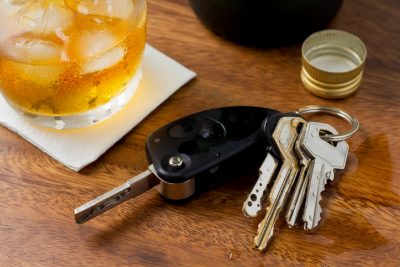 We’ve all been in the awkward situation when someone we know grabs their keys to drive home even though it’s obvious they are impaired, whether it be by alcohol, or cannabis, or both. It’s hard to know what to do, because nobody wants to get into a confrontation or even end up losing a friend. But, as the consequences for impaired driving are severe, and nobody wants to see their friends involved in an accident that hurts them or someone else, you are actually doing your friend a favour by attempting to stop them from getting behind the wheel. Be strong, and follow these few handy tips as to how to stop an impaired driver as provided by MADD Canada.

If you are the host, you could be liable for alcohol impairment

In Alberta, if you host a gathering in your home and serve liquor to someone who is then involved in a traffic accident that causes damage to property or another vehicle, or that ends up injuring someone, you could actually be found responsible (or liable) and be sued. Alberta has what is called Occupiers Liability legislation, which states that people who own or have possession of a property, including renters, are responsible for preventing accidents and protecting others. Hosts must make sure that their property is safe to visit, including its physical condition, and are accountable for the trustworthiness of the people who are invited and the type of activities involved.

If alcohol is served at your home and someone chooses to drive impaired, you could be found responsible for any accidents. Depending on the size of your gathering and who will be attending, you may want to speak to an insurance broker about event liquor liability insurance.

Other ways you could be found legally liable for accidents pertaining to alcohol or drugs on your property are:

Here are a few ways to keep your party under control, with safety and responsibility top of mind for everyone.

Everyone should familiarize themselves with Alberta’s impaired driving laws and the consequences. Penalties vary based on the level of impairment and previous convictions, but the very least you will face a suspension, having your vehicle seized, a fine, and, more than likely, increased car insurance costs. Be aware that police have the right to pull you over at any time, regardless of whether you have exhibited poor driving behaviour. You may think you know your limit, but the truth is that driving under the influence of any substance is illegal, dangerous, and shouldn’t be done.

Choosing Lane’s for your car insurance will provide you with some of the best insurance support in the industry. You can always count on the brokers at Lane’s to offer all the information you need about your coverage and to be there for you should you ever have to file a claim.

Research to be carried out in Alberta’s Hailstorm Alley
June 24, 2022
Search