Study shows accidents involving pedestrians are on the rise 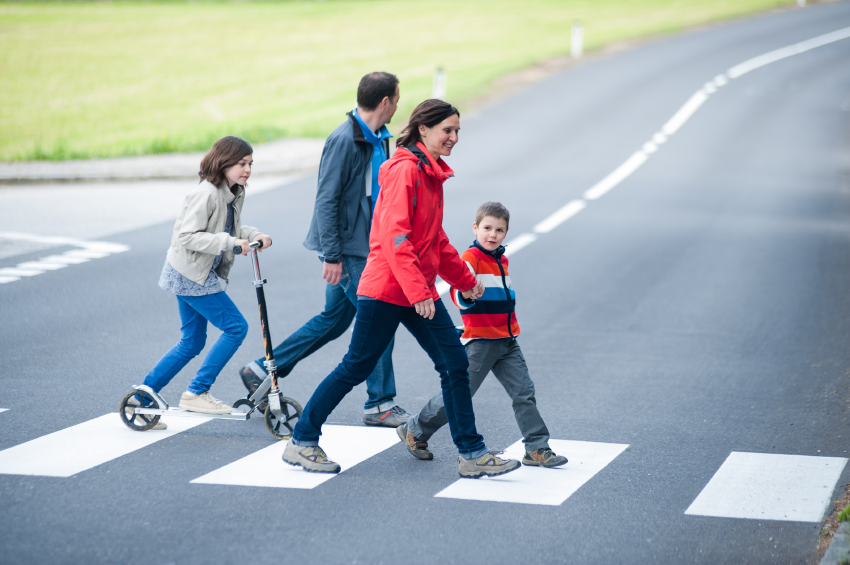 A recent study released by the U.S. Insurance Institute for Highway Safety (IIHS) has shown that despite vehicles becoming much safer for drivers and passengers, pedestrian safety has been getting worse. Since 2009, the number of pedestrian crash deaths in the U.S. have increased by 59% to reach 6,500 fatalities in 2020. An additional 54,700 pedestrians were injured when hit by a vehicle. The IIHS suspects the reason for this concerning trend is the increasing presence of larger vehicles on city roads.

Canadians love their big cars, as evidenced by the list of top 10 best-selling vehicles of 2021. Eight out of the 10 most-brought models are either light-duty or a truck.

Somewhat not surprisingly, once again the Ford F-Series was the most stolen model of vehicle in Alberta in 2021, followed by the Dodge Ram, then the Chevrolet Silverado and Sierra series.

Experts believe that there is direct correlation between the size of vehicles and the drop in pedestrian safety over the past few years. Research has shown that SUVs and trucks cause far more lethal injuries than cars. In one study out of Michigan, at speeds over 30 kilometres an hour, 30% of pedestrian accidents resulted in a fatality, as compared with 23% for smaller vehicles. When driving about 64 kilometres an hour, the three pedestrian crashes from the SUV sample all resulted in a fatality, as compared to 54% from the smaller vehicle category.

Pedestrian safety at its lowest when vehicles turning

SUVS and pickups are also have 51% and 21% greater odds of killing a pedestrian walking or running along a road than a smaller car.

Lower visibility may be the issue

While the IIHS says there is more work to do to fully understand the root causes of why pedestrian safety is most at risk, it is thought that larger blind spots make turning a lot more difficult for truck and SUV drivers. The A-pillars on either side of the windshield that support the roof can be very wide, often blocking the view exactly where a pedestrian would be walking or standing. The IIHS believes more study into the design of larger vehicles is warranted.

Consequences of a pedestrian crash

Alberta averages about 500 pedestrian-involved crashes every year. Since car owners are responsible for pedestrian safety, the accidents are nearly always the driver’s fault. If you are found guilty of an accident involving a pedestrian, you will be liable for the pedestrian’s injuries, lost wages, long-term care needs, loss of earning capacity, pain and suffering. This is where the liability component of your car insurance comes in to play. Insurance companies will typically provide a pedestrian accident lawyer to assist with your defense. The cost of your car insurance will almost assuredly rise substantially.

If you are found to have been driving in a dangerous manner, or distracted, or under the influence of alcohol or drugs, you could be criminally charged for the accident, with jail time on the table.

Pedestrians can be found at fault for being struck by a vehicle if they were jaywalking, have unexpectedly entered a street, are walking where they shouldn’t be (such as the shoulder of a highway), or did not look both ways before entering the roadway.

Driving a larger vehicle is not only more dangerous for pedestrians, it’s also more expensive for insurance (due to their higher risk and greater likelihood of being stolen), and incredibly costly for filling up. All of this also results in higher car insurance costs.

If you find yourself struggling with your car insurance rates, speaking with a qualified insurance broker such as us those of us at Lane’s can be highly beneficial. We are a leading Alberta-based brokerage offering highly competitive rates on car insurance and all other insurance needs. We are able to cross-compare policies from Canada’s top insurance providers to allow you access to the best coverage at the lowest rates.

Manufacturers have a responsibility, too, so pedestrian avoidance systems are coming into increased focus. They, too, are getting better, and becoming more widely available, and are now going to be factored into safety ratings.