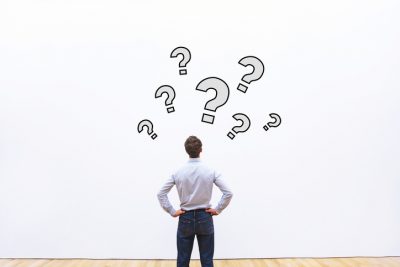 Aviva Canada is one of the trusted providers our insurance brokers work with here at Lane’s Insurance. Its partner over the pond – Aviva plc – is headquartered in London, England, and is celebrating a major milestone this year. They are marking 325 years in business, and as such decided to dig through their archives for some of the world’s oldest and oddest insurance claims.

The history of insurance is fascinating, and not long ago we delved into its very beginnings. The first semblance of insurance was recorded more than 6,000 years ago. Merchants of Babylon instigated bottomry in 4000 B.C., which was a practice that granted loans to merchants to transfer goods. If the goods were lost at sea, and they often were, the loans did not have to be repaid.

After the Great Fire of London in 1666 that the concept of underwriting really started to take off. Homeowners found themselves out on the streets because of circumstances that were completely out of their control, and entrepreneurs began to see the opportunities provided by being professional assessors of risk and providers of protection.

Aviva plc was formed 30 years after the Great Fire, leaving it with a long and rich history. First known as the Hand-in-Hand Fire and Life Insurance Company, Aviva plc sold its first policy on Jan. 15, 1697. On May 11, 1697, the first claim was paid out to homeowners in St. Stephen’s Alley, Westminster, after yet another house fire.

Some of the oddest insurance claims of all time include a healthy dose of injury claims (knowledge about health, safety, and preventative practices took a long time to develop), plus a dose of simple human error. Here is a sampling as put together by the Telegraph:

Some of the oddest insurance claims that have happened more recently include a falling coconut in Hawaii that struck and injured a police officer and resulted in a $39,000 US payout. There are about 150 reported deaths by falling coconuts every year, which is yet another good reason to purchase travel insurance when heading to tropical climes.

Another holidaymaker received compensation for an expensive set of dentures after losing them while vomiting over the side of a cruise ship. Again, travel insurance came in handy.

Somewhat shockingly, a burglar was once awarded $1 million after becoming trapped in a garage for a week when the automatic door wouldn’t open. After being forced to feed himself on soda pop and pet food he escaped when the owner returned home, only to promptly turn around and sue. The homeowner’s insurance company eventually paid out.

Be safe, avoid an insurance claim, and keep your premiums down

A good deal of these odd insurance claims point to the benefit of always being cognizant, careful and aware of our surroundings. As we all know, most accidents are preventable. Avoiding accidents not only keeps us happy and healthy, but also saves filing an insurance claim and the potential of higher fees.

Don’t forget that insurance brokers such as us at Lane’s are your allies in the insurance business. An insurance broker knows the products they work with and can effectively cross check different companies’ policies to be sure to check all of the boxes on your insurance to-do list. Experienced brokers excel at educating customers, answering questions and explaining coverage, so you know you have the best coverage for you and your family. Contact us at our Calgary, Banff, Edmonton, or greater Alberta offices to see what we can do for you.