Top 10 Most Stolen Vehicles in Alberta and Canada for 2018 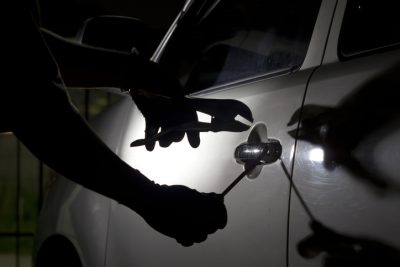 The Insurance Bureau of Canada has released their list of the Top 10 Most Stolen Vehicles for 2018. The statistics are broken out by province and by the entire nation, and once again the Ford F-series features heavily. These trucks are very popular for both owners and thieves.

In Alberta, the most stolen vehicles for 2018 were:

You’ll note that aside from Ford F-series trucks the only other type of vehicle that made the list are the 2000 and 1996 Honda Civic hatchbacks. This is because of a couple reasons. First, there are a lot of them on the road. They are a good, reliable, and long-running vehicle. They are also quite easy to steal because ignitions can be engaged without the proper key. Newer Hondas are much harder to steal, thankfully, so keep that in mind when you’re out kicking tires looking for a used vehicle to buy.

Canada-wide, the most stolen vehicles for 2018 were:

Why Are Ford F-series Trucks a Target?

The Ford F-series trucks make up the majority of the most stolen vehicles in Canada because of two main reasons, according to canadianunderwriter.ca. First, they are perfect for joyriding and committing opportunistic crimes such as smash-and-grabs and break-and-enters. Due to their size and power, they are also very hard for law enforcement to stop.

The second reason why Ford F-series trucks are so attractive to criminals is because their parts are very popular on the black market. Because there are so many out on the road the market for their parts is extremely robust.

Unfortunately, the vast majority of cases in which a Ford F-series truck has been stolen, the vehicle has been left unlocked with the keys inside. This makes the job far too easy for unscrupulous thieves always looking for a score.

In addition, Ford did not equip any F-250 to F-550 Super Duty trucks with PATS keys until model years 2008 and up. PATS stands for passive anti-theft system, which uses a radio frequency identification technology to deter thieves. PATS keys contain a transponder that is coded with a unique identification code derived from more than 18 billion combinations. When you start the ignition the key “talks” to a control module located in the vehicle that will check the key’s code, and if it is correct then provide permission for the vehicle to start.

Will Owning a Ford Truck Affect my Insurance?

Purchasing a vehicle that is a target for thieves will definitely have an effect on your car insurance premiums. In general, trucks are more expensive to insure simply because they tend to carry more value than a regular vehicle, and because of their size and weight also tend to cause more damage in an accident. But in particular, as mentioned, Ford F-series trucks made in the years from 2000 to 2007 are extremely vulnerable to theft and that will be registered by underwriters.

Remember, some car insurance policies do not include theft insurance. If you own a Ford F-series truck build between the years from 2000 to 2007, triple check to ensure your policy will cover theft.

Generally speaking, car thieves have one of four main objectives when they steal a car or truck:

How Keep Your Vehicle From Being Stolen

Avoid having your car stolen by following these safe procedures whenever you park or leave your car:

In addition, a dashboard camera can also keep thieves away from your vehicle as they will not want to be caught on video. And a GPS tracking system may not stop someone from stealing your car, but it may make it a lot easier to find.

Lane’s Insurance is a respected Calgary insurance brokerage, meaning that our representatives work for you, not for the insurance companies. We are able to contrast and compare the policies provided by a number of Canada’s most respected providers to ensure you’re getting the advice and the coverage that protects your best interests – and you. At the same time, we can also make sure you are qualifying for as many discounts as possible.