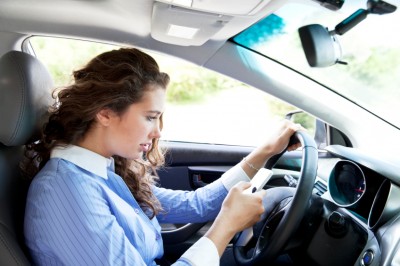 Alberta has recently updated its distracted driving laws, allowing for stiffer penalties to be applied to drivers who don’t pay proper attention when they’re behind the wheel. Statistics show that distracted driving has become a major menace on Canadian roads, with some studies finding that it is actually outpacing impaired driving as a leading cause of accidents, injuries, and fatalities.

While distracted driving has become a hot-button issue in the smartphone age, Alberta’s new laws cover more than just talking and texting behind the wheel. All drivers in the province need to be aware of the behaviours being targeted, and the penalties they will face if they are found guilty of engaging in unsafe practices.

What Qualifies as Distracted Driving?

Under Alberta law, you could be charged with distracted driving if you engage in any of the following while behind the wheel:

Alberta’s laws cover all public roads in the province, and apply even if you are driving in a remote area where there are no other drivers on the road.

Demerit points are applied against your license, and if you accrue eight or more points in any two-year period, you are at risk of having your license suspended. Repeat offenders could have their licenses revoked.

It is also important to understand that the penalties for following too close are stiffer, and those found guilty will accrue more demerits. Distracted driving often results in unsafe following distances and rear-end collisions, both of which can result in higher fines, more demerit points and dramatically increased insurance premiums.

If you need any more evidence that distracted driving has become a major problem on Canadian roads, consider these statistics, recently released by CAA:

When you’re paying full attention behind the wheel, you’re in a much better position to predict pedestrian behaviour. Distracted driving puts pedestrians at greatly increased risk, since they are very likely to be seriously injured if they are hit by a car. While pedestrians certainly play a major role in their own safety, you should also remember as a driver that they are largely defenseless against a moving vehicle.

Distracted driving isn’t the only thing you should be concerned about when you’re behind the wheel, especially if you’re on a longer trip. Driver fatigue is also a major danger, and should be considered just as risky as impaired driving. If you’re planning a long road trip, be sure to review tips on ways to stay vigilant during an extended journey.

Finally, if you’re getting older or have a vision impairment, be proactive about having your eyesight checked and be aware of Alberta’s eyesight standards for drivers.