We’re continuing to change our clocks: What that means for drivers 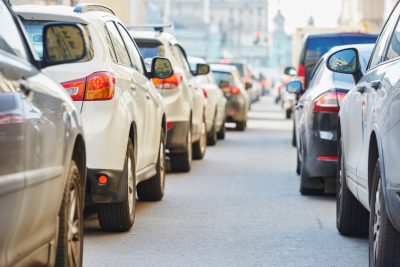 On Oct. 26, Albertans learned the result of the second provincial referendum question posed during the Oct. 18 municipal elections held around the province. Voters were asked, “Do you want Alberta to adopt year-round Daylight Saving Time (DST), which is summer hours, eliminating the need to change our clocks twice a year?” Filling out the “yes” box meant no longer turning clocks forward in March and backward in November. Voting “no” meant continuing to “spring forward” and “fall back” as usual.

The results were close – very, very close. 50.2 per cent of those who voted said they were opposed to moving to permanent summer hours, while 49.8 per cent said they were in favour. So, by a slim margin, on Nov. 7, Albertans will be winding their clocks back as usual. By December, we can expect that sunrises will occur at about 8:15 a.m., and sunsets at around 4:30 p.m, something to which we have mainly become accustomed.

Some say that it was the choice of the government to stay with summer hours, or DST, that was the Achilles heel of the proposal, and that they would have preferred to stay on standard time instead. Had that been an option, Alberta would have seen earlier sunrises and sunsets in the summer months. Instead, with DST as suggested, during the winter (starting in December) sunrise would have happened at 9:15 a.m. and sunset at 5:30 p.m. This could have been why the vote went the way it did, in that some say that standard time is superior and the lack of morning light and increase in evening light that summer hours results in is even more detrimental to sleep patterns.

Regardless of why the choices were made at the voting booths, there is still a lot of controversy around the changing of the clocks. Again, disturbed sleep patterns are a major issue for many, with people reporting everything from mild malaise to major migraines. To help keep everyone safe, drivers should be extra cautious in the days following “fall back” Nov. 7 and again on March 13 when the clocks “spring” forward.

Prepare for the darker morning

Although there has not been a lot of definitive research done on the subject, in 2020 the U.S. released a study revealing that daylight savings time and driving can lead to more accidents, particularly in the spring. This is when we are all deprived of an hour of sleep and when most are more affected. Researchers found that in March, when the clocks move forward, the rate of fatal car accidents in the U.S. increased by about 6%. That amounts to about 28 deaths a year that could potentially be attributed to the changing of the clocks.

In the study, a lack of sleep and a misalignment of circadian rhythms were cited as to blame. It can take several days – even a couple weeks – for the body to fully adjust. Be aware of this, and be kind to yourself. Ensure to get plenty of sleep and allow for the change to take place. Maximize your exposure to light during the day and minimize it at night when you should be preparing for bed. As always, remember that you share the road with others who may be overtired, drive defensively, know that mistakes may be made, and always be prepared.

Trust Lane’s for all of your insurance needs

Lane’s Insurance is a leading Alberta-based brokerage working out of Calgary, Banff, Edmonton and greater Alberta. We are locally owned and work for you, not for the insurance companies. Our experienced insurance brokers work hard to find you the very best coverage at the lowest possible rates and are always available to answer your questions.