What Should I Do if My Auto or Home Insurance Claim Was Refused? 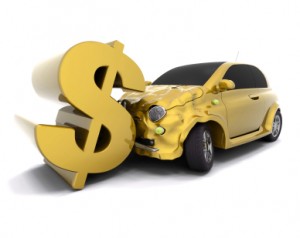 The refusal of an insurance claim is an issue that many people face at some point during their lives. While insurance adjusters are required by law to thoroughly investigate all claims and come to fair and transparent decisions, disputes arise from time to time, and as a policy holder, you should be fully aware of your rights and responsibilities in the claim resolution process.

Lane’s Insurance of Calgary believes that all consumers have the right to know their options. If you feel that a legitimate claim has been unfairly denied, you do have recourse available to you under Canadian consumer protection law.

Reasons Why Claims May Be Rejected

There are many reasons why an insurance company may reject a claim, with one of the most common being that the basis for the claim was not actually covered under the individual’s insurance policy in the beginning. As in law, ignorance is not an excuse. Just as you can’t argue that Calgary road signs are unfamiliar to you if you happen to be pulled over for a moving violation, you also can’t argue that you didn’t know that your auto insurance did not cover at-fault accidents. It is your responsibility to understand what is and is not covered by your auto insurance or home insurance.

Additional circumstances under which your car insurance claim may be denied:

In addition to these circumstances, your claim may also be refused if you committed a criminal offense or were engaged in a criminal activity when the damage occurred. Examples of such circumstances include:

Note that you do not necessarily have to be convicted of a crime in order for an insurance company to refuse your claim. For example, even if you avoid conviction despite proof that you were under the influence of drugs or alcohol at the time of the crash, your claim may still be denied.

Your Calgary home insurance claim may be denied for the following reasons:

Having an auto, home or condo insurance claim denied can be a stressful and worrisome thing. However, there are options available to you if you have grounds to believe that your claim was denied without a legitimate reason.

Statistics show that only about 1 per cent of people who have insurance claims refused actually contest the insurance company’s decision, but of those who do make an appeal, about 50 per cent of them eventually reach some type of settlement. If you’ve had a claim refused and you’re wondering what to do about it, here is the process recommended by the Insurance Bureau of Canada (IBC):

Lane’s Insurance is a Calgary-based brokerage with very high rates of customer satisfaction. If you’re unhappy with your current insurance company, or if you’re interested in getting a free, no-obligation quote for a comprehensive range of insurance products, please contact  a Lane’s Insurance representative to arrange a consultation.