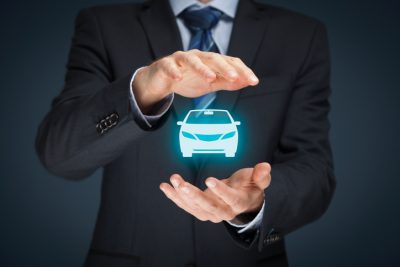 The numbers are out, and they’re not pretty. Although drivers were prepared to see their auto insurance premiums rise due to the removal of the previous government’s 5% cap on increases last summer, many weren’t prepared for a hike of 20% or more. And those numbers are exactly what CanadianUnderwriter.ca reported at the end of September. They say that, on average, Alberta’s more than three million drivers have seen a 22% hike in their rates since the same time last year. It doesn’t matter who you are … even the very best drivers out there have seen a rise in their premiums.

The reasons for the hike are multi-layered and complicated, but basically it boils down to the fact that insurance companies simply do not feel that they are profitable in Alberta anymore. Part of the reason is indeed the 5% cap, which experts say discouraged companies from operating in the province. Competition decreased, which left consumers with less choice. Less choice often leads to higher costs.

The CanadianUnderwriter.ca also suggests that insurance companies would prefer their customers pay yearly rather than monthly. Clients that refuse to do this find other options, and those options are often more expensive.

This biggest issue for insurance companies, however, are changes made to Alberta’s Minor Injury Regulation (MIR) due to the results of court cases in 2012 and 2015, says AlbertaAutoInsuranceFacts.ca.

Why the MIR is an Issue

The MIR is a cap that limits pain and suffering awards to people who have incurred minor injuries after an automobile accident. In 2004, that amount was determined by the Government of Alberta to be $4,000. Because of inflation, it’s now at $5,296. However, the two aforementioned court cases essentially changed the definition of “minor injuries,” removing some from the list that are actually quite common in other provinces and jurisdictions. Claimants can now sue for amounts far larger than the cap, which has driven the average claims cost due to bodily injury steadily upwards. In 2011, the average settlement was $41,887. By 2019, that number had risen to $74,946.

This “status quo” doesn’t help anyone. Insurance companies are reporting losses of about nine cents on every dollar they earn, and, of course, consumers are also bearing the brunt of higher premiums.

A few additional reasons why auto insurance rates keep rising, according to the Insurance Bureau of Canada include the fact that cars keep getting more and more expensive to fix. Auto technologies that are helpful for safety (such as sensors, back up cameras, and automated everything), are difficult and time-consuming to fix. Even the smallest dent or ding can cost thousands to repair.

Auto theft and insurance fraud also remain big problems. Last year there was one car stolen every six minutes in Canada, and fraud costs the industry millions and millions each year.

Under Alberta law, you could be charged with distracted driving if you do any of the following while behind the wheel:

While the industry works to make auto insurance more affordable again in Alberta, you can take some immediate actions to access lower rates.

The very best way to keep your auto insurance premiums low is to be a safe and conscientious driver. Operate your vehicle in a defensive manner and keep your driving record pristine.

Get More from Lane’s Insurance

Lane’s Insurance is a leading Alberta-based brokerage, offering highly competitive rates on auto insurance and all other insurance needs. Because Lane’s is a brokerage, we can cross-compare several policies to allow you access to the best coverage at the lowest rates.