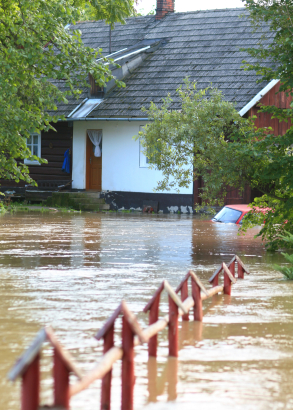 It’s very much an understatement to say that Calgary and Alberta have been through a lot over the past two weeks. We know the floods have been devastating to many, and we at Lane’s are working as hard as we can to ensure your questions are answered as quickly as possible.

As homeowners in Alberta are now well aware, home insurance will not cover damage caused by overland flooding, but several plans will cover damage caused by sewer backup. Many of you who ended up with water in your homes may have had one, the other, or a combination of the two. This is where the adjusters come in, and right now there is an extraordinary number in the city carefully assessing properties.

The reason there is no flood coverage offered anywhere in Canada is simple. Flood insurance is generally only purchased by those who live in flood-prone areas, and therefore the market is very small.  Since the risk of making a claim is so high, the premiums charged must also be high. Insurance brokers like us would love to be able to provide this kind of coverage, but unfortunately, flood insurance is basically unaffordable. Therefore it falls on our governments to provide relief in the form of disaster funding.

What About My Car?

If your vehicle was damaged, anyone with comprehensive coverage will almost certainly have costs covered by their car insurance. Cars that were completely submerged by the flood waters will likely be called a write-off, unfortunately. There are so many elements to vehicles that could have been affected by water that aren’t immediately obvious – such as glitches in the electrical system and mould – that for the most part it’s not advisable to try to salvage a flooded car. Definitely file your claim and allow the adjusters to do their work.

Will My Home Insurance Go Up if I Make a Claim?

The answer is…it depends! If you have suffered damage due to sewer backup and are awarded your claim, it’s possible your premiums could go up slightly because you might be deemed a higher risk. But if your home was damaged due to overland flooding and you are eligible for disaster assistance, your home insurance should not be affected.

In the long run, though, and as covered previously in our blog Home Insurance on the Rise: Weather-Related Claims Increasing, severe weather has been extremely costly to insurance agencies. Weather-related occurrences like sewer backups and wind damage accounted for 70 per cent of Alberta home insurance claims in 2012. This latest event means we will surely reach those numbers again this year. Due to the sheer number of claims being processed, plus the amount of compensation being awarded, home insurance in Alberta will likely rise. Weather-related insurance claims from over fifty severe weather events in Alberta since November 2011 total nearly $500 million. BMO analysts have predicted losses after insurance from the 2013 floods could reach $3.75 billion.

Alberta home insurance companies have been paying out substantially more for claims than they collected in premiums for approximately five years now. When underwriters calculate risk and determine the cost of home insurance policies, rates are calculated based all claims filed in your particular risk group, and then spread amongst all members – regardless of whether or not you have filed a claim.

Lane’s would like everyone to know that your business means a lot to us, and we’re here to help. Do not hesitate to contact us with your questions and concerns. We’re here 24-hours a day to respond!