With the kids back in classrooms, a reminder to stay safe in school and playground zones 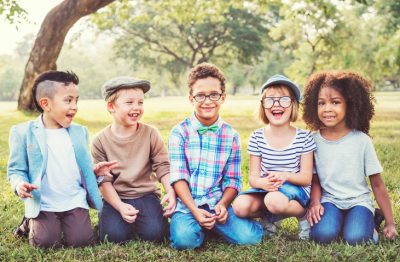 It’s been a whirlwind of back-to-school activities over the last couple weeks, with social media feeds full of cute first-day pics. There is so much positive anticipation, but also maybe a bit of frustration, as families try to figure out bus and carpool schedules and rush to get everyone to their respective destinations in time.

School and playground zones are busy, and exasperated parents are pleading with each other in community chat groups to be careful as they try to drop their children off. As we ease back into the school year, remind yourself of safe driving tips around children.

Because they are smaller, children are especially vulnerable both as pedestrians and as cyclists. The City of Edmonton states that at least 20% of vehicle-related injuries involving children require hospitalization, with those aged 5 to 14 years at the greatest risk for pedestrian-related deaths. Children a little older, aged 10 to 14 years (the perfect age for tearing around on bikes all day), have the highest incidence of pedestrian-related injuries.

Some reasons why children are especially vulnerable:

We’ve talked before about the switch from calling defensive driving to proactive driving and how much we agree with that. Proactive driving involves constantly assessing the surroundings and allowing yourself the time and space react if needed.

Speed limits of 30 km/hr in school and playground zones provide drivers the ability to scan well ahead of their vehicles for developing dangers and behind for upcoming hazards. Try to look at least 12 to 15 seconds ahead of yourself, watching for people, road signs, and other drivers. Slow down well ahead of school and playground zones, and approach all intersections with extreme caution. Be highly aware of your surroundings, obey the road signs, drive slowly, and anticipate that just about anything can happen. Never drive distracted.

Not only is there unpredictable pedestrian behaviour to anticipate, young people are also biking, scooting, skateboarding, and even hovering their way to school. For the most part, kids should not be out on roadways on anything other than a bike. Skateboards and scooters are allowed in Calgary’s cycle track network, so review your bike lane etiquette. Remember that when turning right across a bike lane you must check for oncoming traffic – the people in the bike lane have the right of way.

Hours for school and playground zones

Penalties for speeding in a school or playground zone

In both Calgary and Edmonton the default speed for residential roads is 40 km/hr. This change was made in the spring of this year in Calgary and has not necessarily become habit as of yet. If you aren’t sure about the speed limit for your road, you can look it up here. A good rule of thumb is to assume the limit is 40 km/hr unless otherwise posted.

Everyone knows that safe driving habits are rewarded with lower car insurance rates, plus it’s simply the right way to operate a vehicle. If your car insurance rates keep rising while you are claims-free, it might be a good time to call an experienced insurance broker such as us at Lane’s. Remember, you are free to switch your insurance coverage at any time.

Lane’s Insurance is a leading Alberta-based brokerage working out of Calgary, Banff, Edmonton and greater Alberta. Our brokers work hard to find you the very best coverage at the lowest possible rates, and will always be available to answer your insurance-related questions.